I've never really understood our strategy other than wanting to connect major destinations (a good thing) but ignoring or discounting areas with significant density and demand 10 years ago.
Click to expand...

I have plenty of reasons to take issue with Edmonton's LRT strategy, but this is not one of them. Starting with the 1992 extension to the University and 2006 to Health Sciences, the goal was to bring all of the city's major educational institutions and hospitals (as well as many major shopping centres) onto the LRT network. While it may have meant that other areas of the city did not get LRT, linking these major community facilities to the network was absolutely the right decision and the city was correct to prioritize this over other goals.

What's interesting is that we have seen the Lower Mainland, with its SkyTrain network, follow a similar path in recent years. While the technology is very different, the system started out with a simple line mainly connecting downtown and major sporting facilities/exhibition site (sound familiar?) Expansion to the south took place and then eventually a second line was added, whose route was heavily criticized (critics suggested Glen Clark drew the Millennium Line route on the back of a cocktail napkin, and chose to have a terminus station between Glen Drive and Clark Drive for obvious reasons). Again, sounds like Edmonton with the Metro Line.

Connecting major institutions is absolutely critical, but some of our choices have avoided density that is already there, to support things tomorrow... that's my issue.

Plenty of utility construction happening at the South Hospital site.
Hey, is there a name for this facility yet?
M

No idea but the estimate of “2 Billion is obviously going to be grossly under as similar to the new Ottawa hospital that started at 2B but is now 2.9B

These things are often named after noted Political figures. This is a hospital -- should it could be named after a Political figure that is extremely ill? My thought is the Jason Kenney Anti-Neurological Brain-dead Centre for recovering Conservatives. 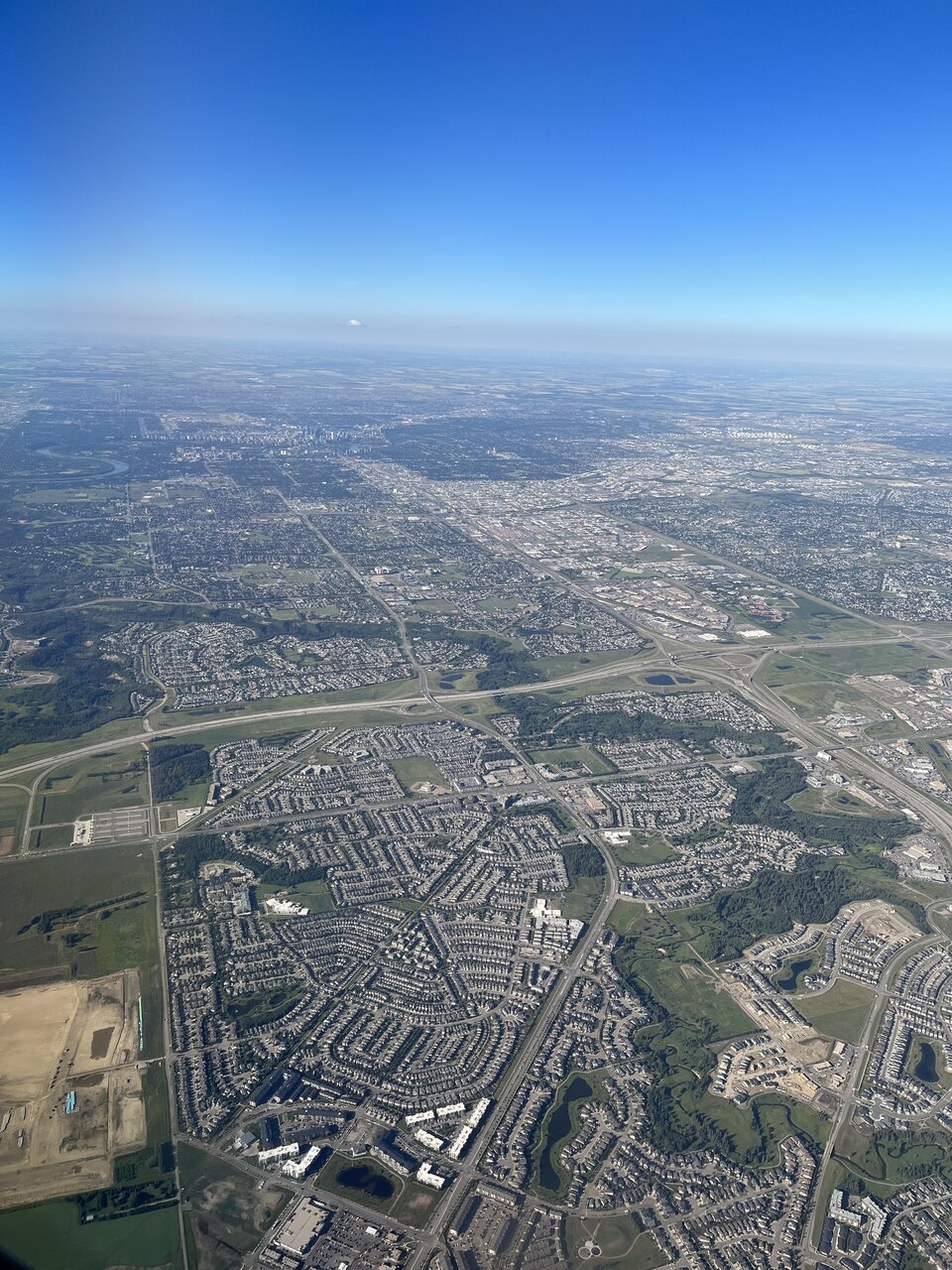 You can see where the lrt expansion will end right at Ellerslie Road at the park n’ride…..only a few more blocks to extend to the hospital
T

The densities are pretty high, but still not that walkable or the perception of it being unsafe to walk.
Last edited: Aug 15, 2022
B

I can see my house in that picture...no, really, I can!

Well I do hope that LRT construction could be considered to at least the hospital to coincide with the hospital opening within at least a couple years or so.
G

Any Renderings of this Hospital Yet?

Site prep was done. No work on the facility has been done. I talked with a couple of people that were on the original design team. They said wait. I expect something just before an election is called. but with this group I expect they will build a private clinic instead.
M