It's that dry cold that you can dress for (and that you can rug-shuffle to create static electricity to spark your little sister's ear with) that help's a low humidity, low wind speed, and no precipitation Edmonton land in first place. Ottawa comes in second with cold aligned with high humidity (can't dress for that), followed by sleet-ravaged Vancouver, then rainy/windy Toronto and Winnipeg dead last (wind + snow).
Last edited: Dec 24, 2021

Torontonians are dreaming of a white-out Christmas... 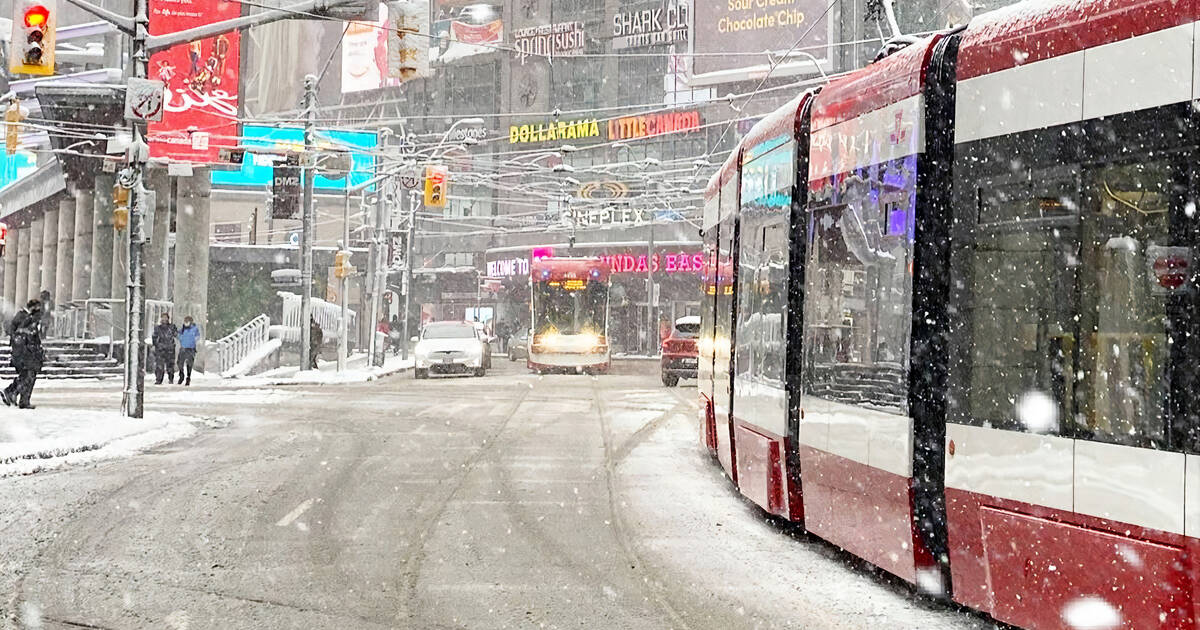 With just two days to go until Christmas, roads in and around Toronto are starting to fill up with holiday travellers — some of whom are in for a r...

All is calm; all is bright as Chilly Winnipeg comes in first, and chilly-er Edmonton lands in second followed by Vancouver , Toronto and then Ottawa.

What is worth knowing about Climate Change...

When does the coldest place come in first? When there is no precipitation and when the humidity and wind are both low -- Edmonton tied for first with Ottawa (Ottawa somewhat warmer but with wind). Vancouver comes in third with cold and snow. Toronto the warmest has those high winds again -- fourth. And snowy Winnipeg comes in last.

Deep freeze heat-wave Edmonton comes in second to last. Vancouver sans precip gets the gold, Toronto second (would have been first except for the wind), Winnipeg third and Ottawa Dead Last.

Vancouver without the rain comes in first followed by calm and dry but chilly Winnipeg, then Ottawa, then Edmonton -- finally windy, humid Toronto.

A double Win between Vancouver and Winnipeg and tied for third between Edmonton and Toronto with Ottawa bringing up the rear.

this is a great example of why i struggle with your relative rankings given the equal full weighting between humidity and precipitation.

there is no way that a 9% difference in relative humidity has the same impact on comfort as a 20 degree celsius difference in temperature yet that's the only way winnipeg ties vancouver.

it's also hard to rationalize an 8% difference in relative humidity and an 8 km/h difference in wind speed making up for a 29 degree celsius difference in temperature which is the only way edmonton ties toronto.

This will wrap up the month of December. Starting in January I will employ a new system whereby temperatures within 5 degrees Celsius of one another will receive the same ranking unless they are sequentially within 5 degrees (i.e. 5C - 10C - 15C -- the 10 and the 15 will be ranked together and the 5 will be one level down). I recall from my days living in Ottawa that the humidity summer and winter was unbearable (especially for a western boy) -- in the winter the humidity caused the cold to penetrate deeply and I recall people with arthritic conditions suffered immensely; in the summer, increased humidity caused excessive discomfort from sweating to the point of having clothing soaked through. That said, the same scale -- this time measured in percentages -- will feature the 5-point separation rule. Precipitation will remian the same -- not directly aligned with humidity but rather with dew point ranked as Heavy Snowfall being the worst, followed by light snowfall, followed by sleet, followed by heavy rainfall, followed by light rainfall. Last, wind will be ranked in the same 5-point rule. Just for comparison sake, let's see how Friday's ranking would alter the score when measured both ways.

Above the old method (used to finish out the month) has Vancouver tied with Winnipeg in first place with Edmonton in third and then Toronto and Ottawa. Via the new system under temperature Vancouver, Ottawa and Toronto would all be ranked the same at 5 and Edmonton and Winnipeg would be ranked the same at 2. Under Humidity Winnipeg would be ranked 5 and Edmonton and Vancouver would be at 4; Ottawa and Toronto would be ranked at 2. Under "Precipitation" the ranking would be the same. And for Wind, Edmonton, Vancouver, Winnipeg and Ottawa would all be ranked 5 and Toronto would remain at 1
So the new system scores would be Edmonton -- 2 + 4 + 5 + 5 = 16/4 = 4.0 (.25 higher than old system)); Vancouver -- 5 + 4 + 5 + 5 = 19/4 = 4.75 (.75 higher than the old system); Winnipeg -- 2 + 5 + 5 + 5 = 17/4 = 4.25 (.25 higher than the old system); Ottawa -- 5 + 2 + 1 + 5 = 13/4 = 3.25 (1.25 higher than the old system); Toronto -- 5 + 2 + 2 + 1 = 10/4 = 2.5 (same score as the old system).
Now I will admit that "sensed weather" is largely subjective. I still contend that "dry cold" is much preferable to "humid cold" and that precipitation of any kind is worse than none, graded by type and that wind is not at all desirable at the extremes of temperature. So what is the difference in this instance between rankings Vancouver, Winnipeg, Edmonton, Ottawa, and then Toronto. Vancouver separates itself from Winnipeg to take the lead, Winnipeg 2nd followed by Edmonton and then Ottawa and Toronto switch places with Toronto coming in last.

Three way tie for first under the new ranking system -- All three western Cities -- Vancouver, Edmonton and Winnipeg. Toronto 4th and Ottawa Dead Last both getting dinged for wind and high humidity.

it will be interesting to see how this is reflected over enough time to assess the revised cumulative rankings and whether they sufficiently compensate for the correlation between humidity and precipitation. soo... to be continued in may?

in the meantime, happy new year to 16c, 50% humidity, mainly sunny skies and 6 kph winds (worthy of a gold oak leaf ) and thanks for committing the time to do this.

Heat Wave for Edmonton but only good enough for 2nd place behind cold-ensconced Winnipeg. The three other cities are tied for third -- rainy Vancouver tied with snowy and windy Ottawa and Toronto. 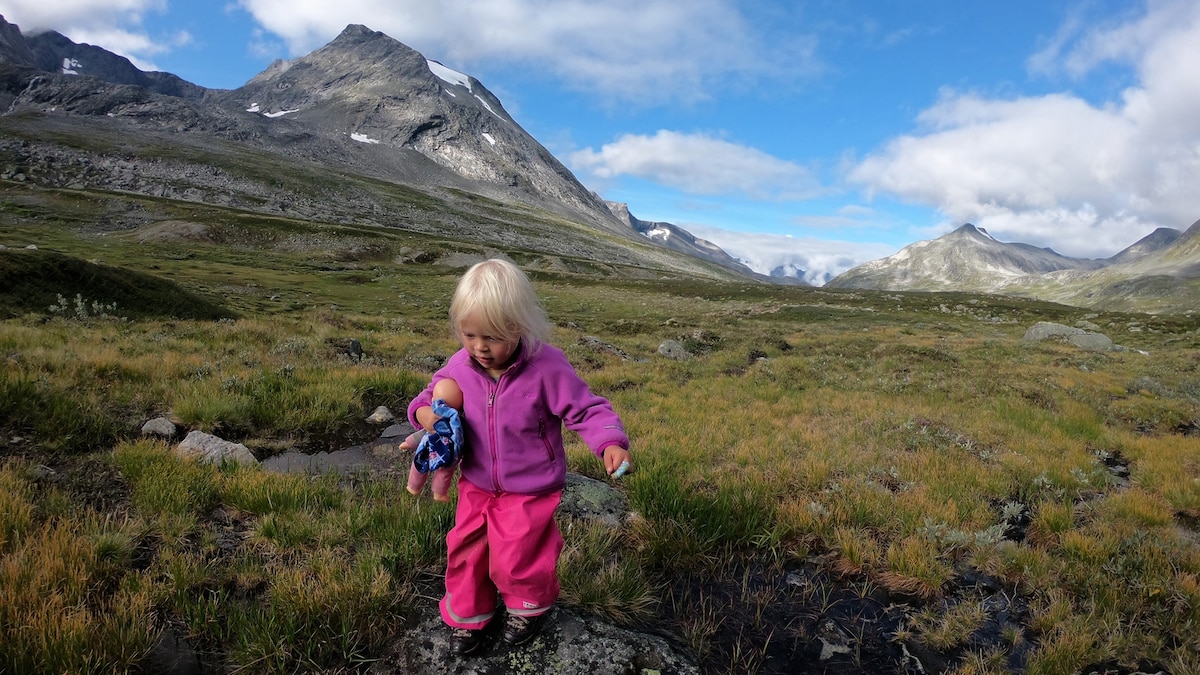 Is ‘friluftsliv’ the new ‘hygge’? The Norwegian concept of open-air living could help us this winter

Get outside, says this Norwegian concept that promises to make the pandemic’s colder months more bearable.