W.W. Arcade on NE corner of Jasper Ave and 97 St 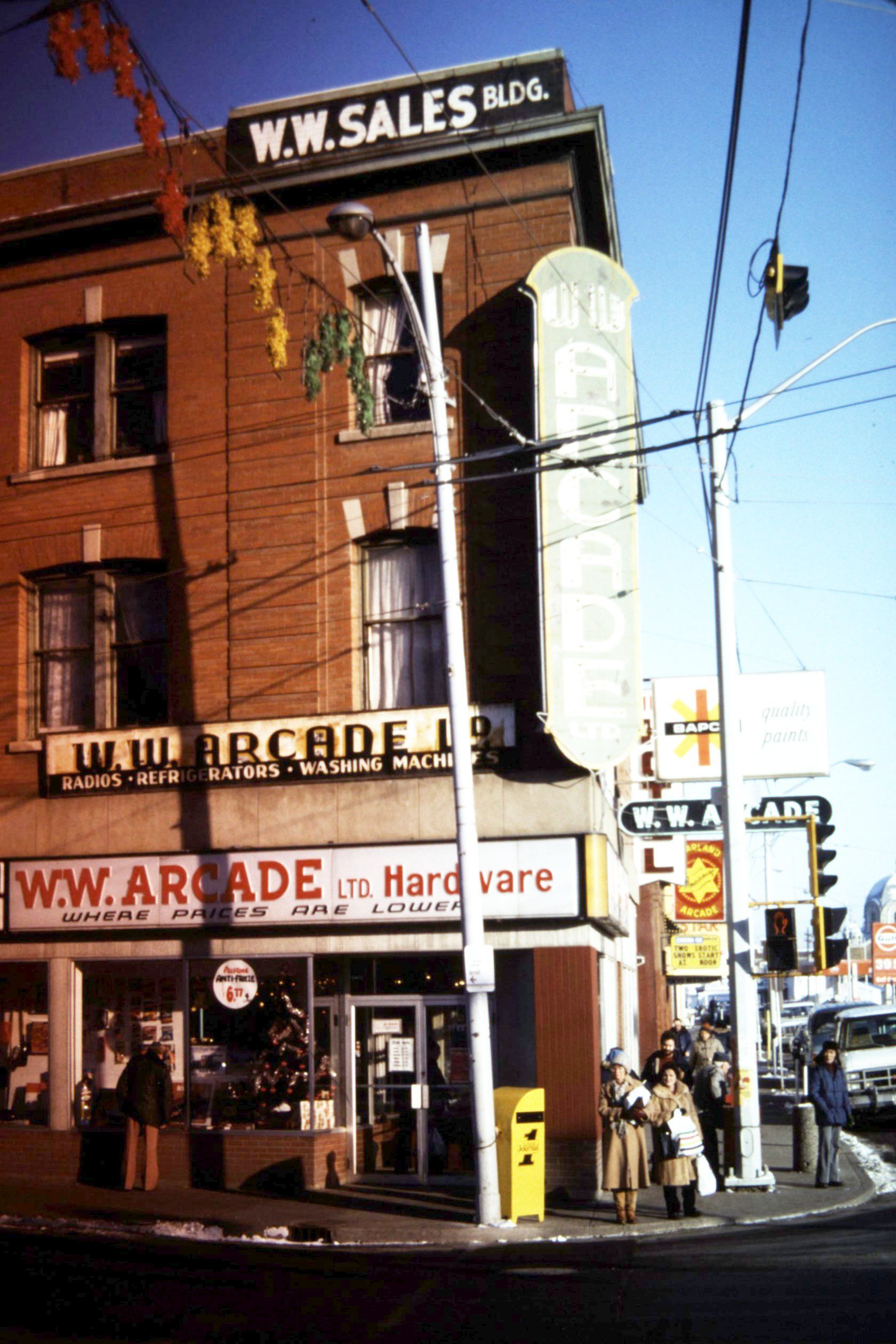 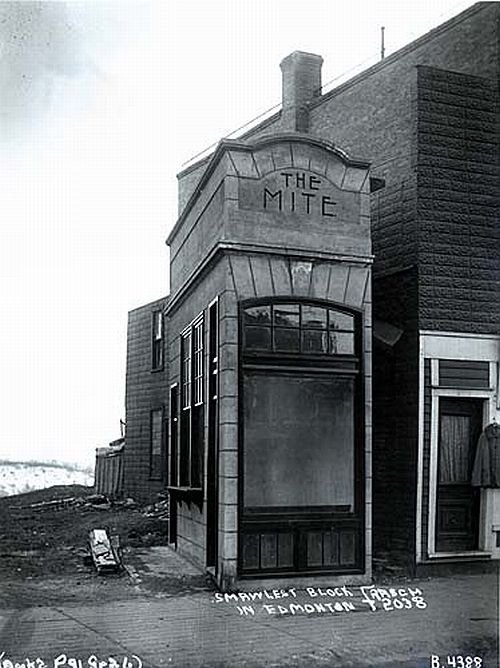 Now that is a building I'd love to see rebuilt.
I

Rebuilding would be very easy to build as the original building was covered in stucco. It would fit perfectly in Michael Phair Park!

The Mite Block wasn’t stucco, it was brick and decorative terracotta.

The original Mite was demolished in 1960. Earl Danard, owner of the Great North West Pioneer Village — something of a proto-Fort Edmonton Park located near Stony Plain — made a last minute attempt to save it, but found its cladding too fragile to move. However, Danard salvaged what he could from the original and built a replica at his park. The City of Edmonton ultimately bought his entire collection — buildings, farm equipment, weapons, artifacts, and all — in 1967 to help get Fort Edmonton off the ground. Included in the sale was the nu-Mite.

What happened to it afterwards is a mystery. Those involved with F.E.P. say it’s no longer in their collection. Some of the other buildings bought off Danard deteriorated before they could be rebuilt at the Park — perhaps the nu-Mite did too? In any case, F.E.P. has had perennial plans to rebuild the Mite. The last big push was in 2001 when they adopted a new masterplan, but it’s been shelved with the introduction of their 2011 plan.

The Mite could and should be built in the future new downtown park.

ECC during happier times. There is no sign of an Elevate Food Fair so I assume the food court was in the basement when this pic was taken. And Eddie Bauer is located in what is now Shoppers Drug Mart. 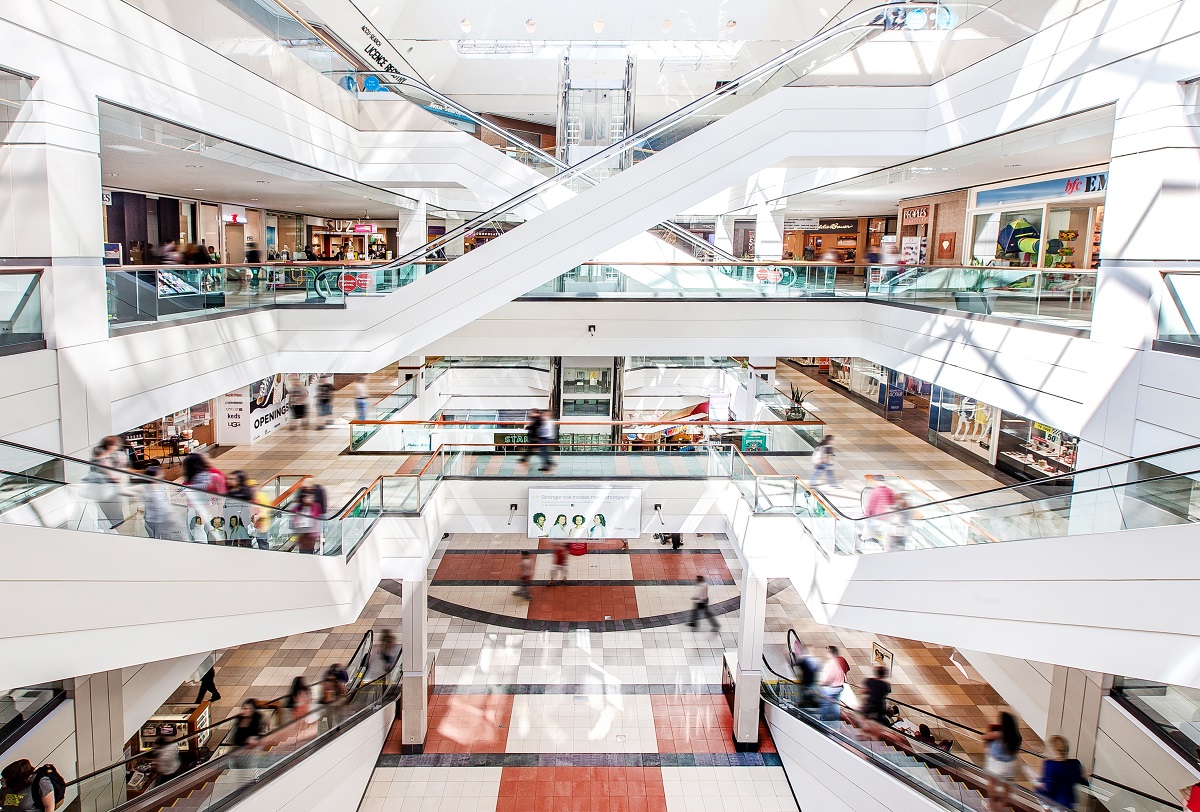 I love how the COE is using this old pic to promote an upcoming workshop!

Can you imagine dining at these rates again? We were last there just before covid. Prices were high but well within a normal night out in YEG. However, it is not the most accessible place in town,