i guess the hustler will try to make his fortune here at a later date?

Ironic that Westrich now has that site on 106 Street and may be the one to kick start that street after all the hoopla and marketing with Lamb coming in. I still remember the launch party/gala he had at the Art Gallery. I imagine Westrich will just get better as they go along. Hopefully Westrich is applying learnings from each completed project to new projects. We've been here before with outside developers and I'm sure we will be here again one day.
Last edited: Nov 30, 2017

DavidEwasukCTV @DavidEwasukCTV
According to offices of Toronto developer Brad Lamb they will be cancelling Jasper House Project in Edmonton. #Yeg 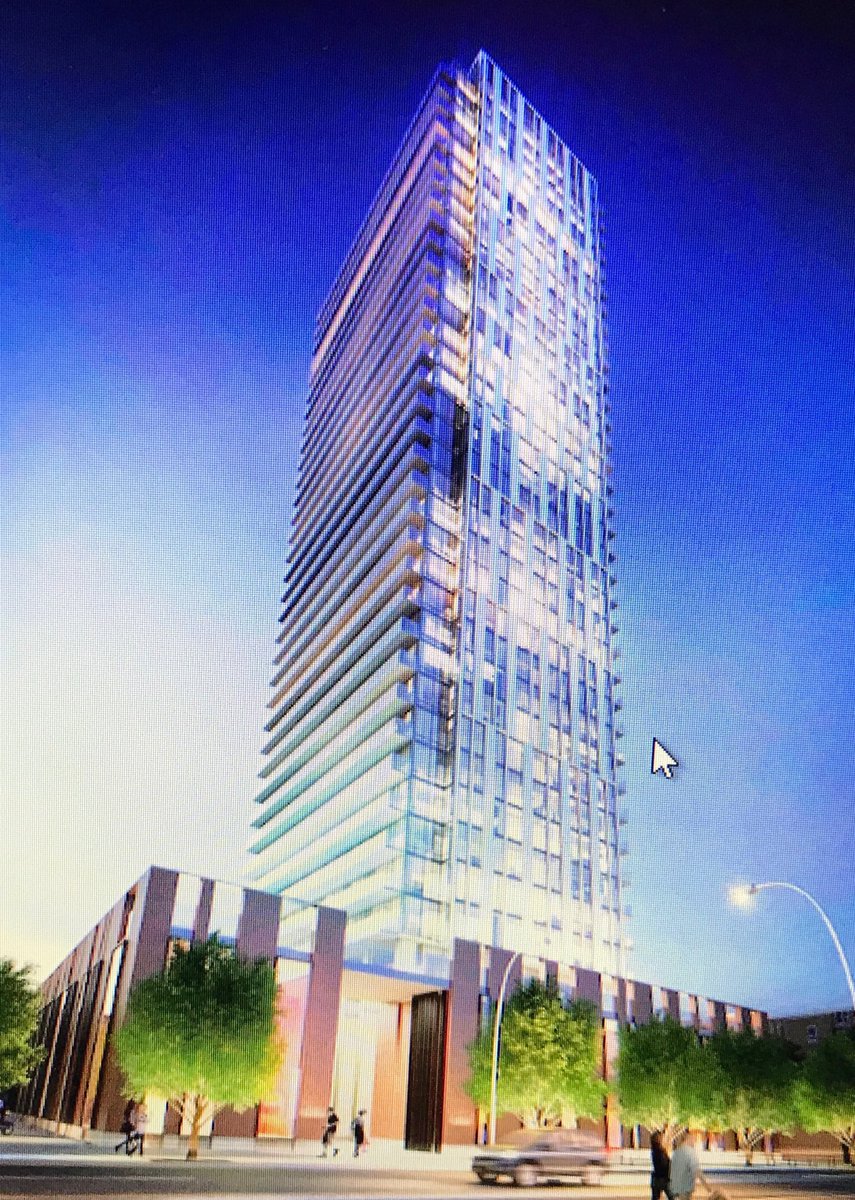 Daveography said:
@cpnfantstk Feelings about Lamb's hubris aside, this is very unfortunate.
Click to expand...

It is unfortunate but as you know, proposed projects go stale or get cancelled quite frequently. There are so many positive changes that has happened and will happen to our downtown in the coming years that this proposed project will just be an insignificant faded memory.

The 37-storey Jasper House Condominiums On The Park (on 106 Street north of Jasper Avenue) was supposed to start construction by fall, but a statement from the Lamb Development Corp. said it couldn’t meet critical dates in the purchase and sale agreements.

“The unfortunate economic circumstances that unfolded in Alberta over the last three years negatively affected our sales projections,” the company said in an email.

“(We) felt that holding buyers to contracts signed in excess of three years ago was an act of poor faith.”

It appears some type of development could still occur at the site. The company says it intends to announce new plans for the building in the new year.

“We fully intend to complete a high-rise residential property at this location and look forward to being a part of the Edmonton community.”

Work on the 240-unit tower was originally scheduled to start in 2015, but when the Alberta recession hit, the project was put on hold.
Click to expand...

Jasper House, a luxury condo tower planned for downtown, has been cancelled, with the developer citing low pre-sales caused by a slumping economy.

“We are disappointed to announce that we will be cancelling the project,” she wrote.

“The unfortunate economic circumstances that unfolded in Alberta over the last three years negatively affected our sales projections. We were unable to meet the critical dates contained within the purchase and sale agreements.”

She wrote that holding buyers to signed contracts was “an act of poor faith” so they will be cancelling all condo pre-purchases, and returning the deposits.

“We are working diligently to process the refunds to all purchasers of Jasper House Condominiums On The Park as quickly as possible,” the email said.

Lamb Development planned to build the 36-storey project on 106 Street, north of Jasper. The company first proposed the project back in 2014, and it got rezoning approval a year later.

But construction was delayed and Brad Lamb told Metro back in early 2016 that he was waiting on approval from the City of Edmonton for the project's development plan.
Click to expand...

Well it's interesting that he will propose something new in the coming year? I wonder which direction he will take... Smaller for a quick sell or bigger to capture the attention of the city and to make a presence? Location seems good for either, having the new downtown park on the doorstep of this lot is really just a bonus for Brad Lamb.
O

Also question for anyone:
"While Coun. Scott McKeen, who represents the area, is disappointed the condos aren’t going ahead, he said that’s not an indication something is wrong with Edmonton’s real estate industry.He said he knows another developer he wouldn’t name who has acquired land for two towers in the area."

Well one is the Westrich Pacific site mid block between Jasper and 102nd Ave. on the east side of 106th street
O

Back to you@OverheardatYEG -- I don't know of any others than those that you have mentioned.

Unfortunate news, and a bit of BS on their part, they strung purchasers here along for quite a long time...

Lamb Development Corp. was successful in getting the lot at 10160 106th Street rezoned for a 37-storey Jasper House Condos 2015, only to put the project on hold two years later.

When oil prices plunged in late 2014, early 2015, people were reluctant to invest, forcing the company to give people back their down payments, he said.

"We haven't cancelled Jasper House the building, we just gave people their money back," he said. "The project is still there."

"Edmonton is still not a Canadian city that high-rise condos are easily achievable," he said.

Lamb isn't giving up hope the condo market will recover in Edmonton but figures it may take a few years and a rebound of oil prices and consumer confidence.
Click to expand...