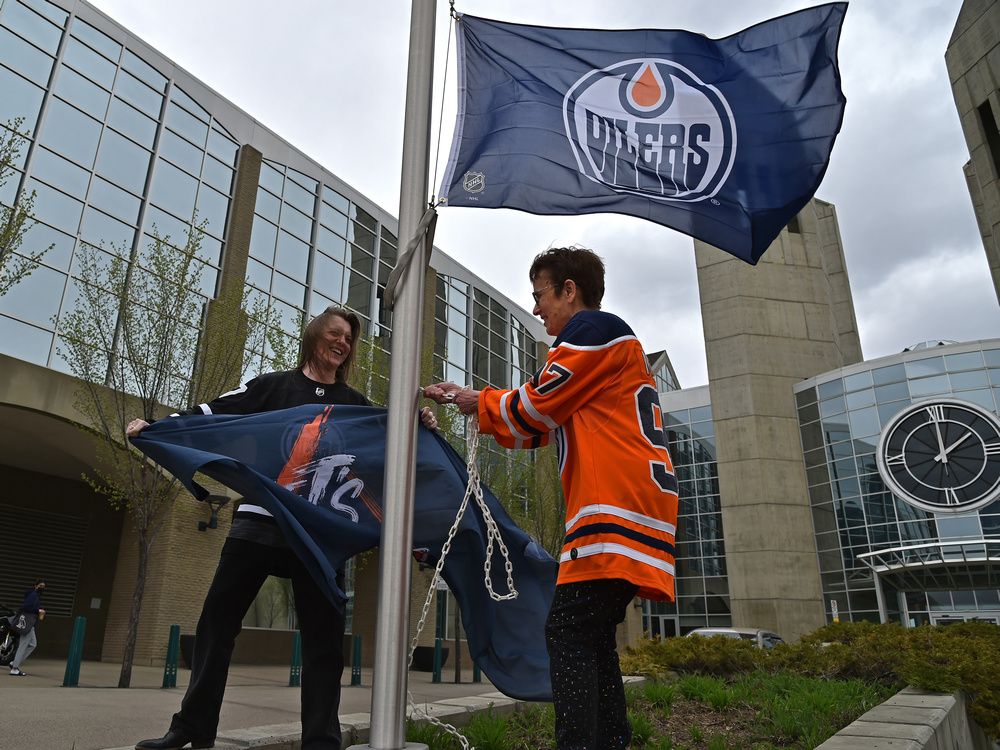 Opinion: A thriving MacEwan University is good for downtown Edmonton

Nice to see things starting to clear up on 102 What bothers me is the lack of urgency or understanding of these impacts on the collective.

IanO said:
What bothers me is the lack of urgency or understanding of these impacts on the collective.
Click to expand...

Why whatever do you mean???

I can translate -- what he means is that the commune is going to have a poor harvest this year.

Opinion: A thriving MacEwan University is good for downtown Edmonton

Underrated part of our city that I’m very thankful for is our schools being so central. This will massively benefit us LT I think. And probably already has kept DT and elsewhere from being more stale than it sometimes feels.

MacEwan and NorQuest will be key to Downtown's revival.

We must develop more student housing, create a reason for them to choose Downtown as a residence, community and invest in their future by engaging them in the Edmonton business, arts and volunteer community.
G

IanO said:
MacEwan and NorQuest will be key to Downtown's revival.

We must develop more student housing, create a reason for them to choose Downtown as a residence, community and invest in their future by engaging them in the Edmonton business, arts and volunteer community.
Click to expand...

I hate to say it but that's one pretty desolate looking streetscape...

kcantor said:
I hate to say it but that's one pretty desolate looking streetscape...
Click to expand...

At least we'll have VLW construction to help obscure that for a few years; wouldn't it be nice if the ECC could time their big renos accordingly?
“There weren't such presentations on the sophisticated cars of the metropolitan lines."

to fair to ecc - and the y etc. - my comment was on the streetscape, not the urban edges...
C

Yesterday late afternoon my partner and I did a walking tour of downtown around the Ice district, 104th street, to the Leg, and back down Jasper back to 104th street. Two main observations from my walk:

1A. Garbage, garbage, garbage and more garbage. I counted at least 17 city trash bins that were more than overflowing. There were newspapers blowing across 105street and 99th ave, Subway on 105th and Jasper had a ton of garbage outside between it and Rocky Mountain house, and those are just 2 examples of the many streets, alleys, and bins that had uncollected or littered garbage and it was absolutely disgusting. Can the city not maintain the basic reasonably expected task of garbage collection in our downtown district?

1B. Unkept. Related to 1A, sidewalks and roads have unswept dirt and gravel, many areas in the 99ave from 104th to 108st have crumbling sidewalks, and weeds and grass are more than knee high both on city property as well as the private parking lots and the empty lots like the Arlington are a disgrace. How can you expect citizens and business to want to take pride in caring for the downtown area when the city itself doesnt lead the pride or enforce our basic cleanliness bylaws?

2. Desolate and dead. Ice district didnt have a soul in it other than some guy that looked like he was about to shoot up. 99 ave from 104th to 108th we didnt walk past a single person. The Leg had quite a few people enjoying the area and 109th picked up around District and La Carraia gelato but other than that it was dead.

I moved back home to Edmonton and I wanted to live downtown to enjoy the lifestyle and support the local scene here, but it is really getting hard to cheerlead and continue to actively support and take pride in this area when not even the city takes pride in it. Out of the major Canadian cities I have lived and spent time in, Edmonton truly has the poorest downtown experienced and its not even close and many of the "smaller" fixes such as cleanliness and enforcing bylaws fall directly on the city. It is only a matter of time before my partner and I leave downtown.
Last edited: Jul 25, 2022

I have two family members coming to visit me from overseas in the next month or so. I'm going to tell them that east of 109 St is not worth venturing into. I will take them to the museum and the legislature is very nice but, apart from that, downtown has nothing to offer someone from a European (or most other places for that matter) city. In short I don't want them to see the downtown core of the city I live in, which is sad.
You must log in or register to post here.
Share:
Facebook Twitter Reddit Pinterest Tumblr WhatsApp Email Share Link