CplKlinger said:
From the research I've been doing, the level of development and control regarding this park is very much up in the air. Rogue National Park, the first such urban national park, was created through the Rogue National Park Act. It was tailor-made to suit the region. I imagine something similar would take place with these proposed ones.

I don't think it's simple enough to assume that touch the water, bike trails, and other things would have to be scrapped. This will involve a complex series of negotiations among the feds, all municipalities along the river between Devon and Fort Sask, Indigenous groups, other interest groups, and the residents themselves. And there's no gaurantee about which land will be acquired to begin with. We can look to Rogue to get an idea of the similarities and differences between national and urban national parks, but we shouldn't assume that it'll be a copy and paste solution. I think that this does have the potential to constructively build off the work that Edmonton has started, and take it to the next level.

Sure, it could just as easily move us backwards. But given that it gives us the potential of unlocking tens or hundreds of millions of dollars of federal funding for the regional river valley, the feds would organize and fund numerous events and initiatives for residents and tourists visiting the park, not to mention branding, trail networks connecting municipalities along the river, etc., this has great potential to help us do more to make our river valley accessible than we could ever do by ourselves. This is more than just one part of Edmonton (yes, I'm very pro-touch the water). This is 70+ km of river valley that can be made more accessibe to people from the region as well as from abroad.
Click to expand...

Not that it will be the same, but Rouge Valley National Park Act states:

Clearing of land for installation or maintenance of infrastructure​

12. The superintendent may issue, amend, suspend and revoke any permit or other authorization for the clearing of public lands in the Park for the purpose of installing or maintaining public infrastructure, including public utilities or transportation corridor.

The Act doesn’t prohibit building in the Rouge Valley but it does require approvals to go through the Minister when building and apparently, as noted above, the superintendent can even revoke permits.

"Trudeau said the new minister also must work to establish at least one new national urban park in every province and territory, with a target of 15 new urban parks by 2030." 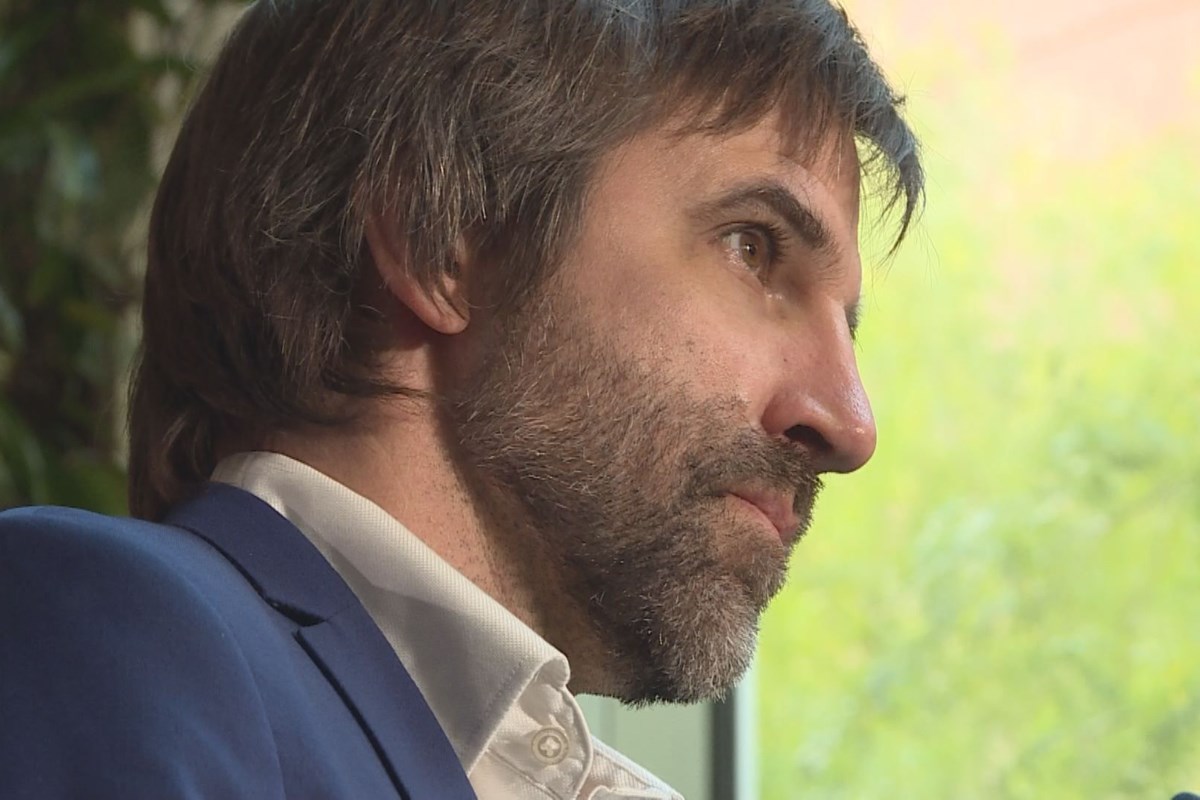 Prime Minister Justin Trudeau has told the new minister responsible for Parks Canada, Steven Guilbeault, that he must invest in existing national parks and create new ones, and the new tourism minister, Randy Boissonault, to develop a national trails tourism strategy.

www.rmotoday.com
Edmonton (and area) must be pretty high on the list for them, since there isn't anywhere else in AB being considered right now.
“There weren't such presentations on the sophisticated cars of the metropolitan lines."

^^^^ further, a new "living bridge" and a repurposed high level bridge would fit well into that mandate.

I hope this will include other communities in the region. It would be fantastic for the park to stretch the entirety of the Devon-Fort Saskatchewan trail network!
“There weren't such presentations on the sophisticated cars of the metropolitan lines."
T

Depending on the details, this could be huge for the city. I am really hoping for something remarkable.

Also depending on the details it could cripple the possibility of a lot of potential future river valley amenities.

Aaron_Lloyd said:
Also depending on the details
Click to expand...

That is a big detail in itself, which is why I support going down this road. Especially if it's a regional collaboration, there'll be a lot of voices in favour of taking a balanced approach. But we'll never know what we could have missed out on (or dodged) if we don't even have some basic discussions with Parks Canada. Up until the final document is signed (and that's after months, if not years of studies and consultations), nothing we do binds us to the creation of a national urban park.
Last edited: Mar 12, 2022
“There weren't such presentations on the sophisticated cars of the metropolitan lines."

This will be interesting to watch and could do a number of things:

1. Provide additional resources, protection, direction and support for our most important asset.

2. Layer bureaucracy with encumbrances that may limit responsible development of certain areas.

Here's hoping these are supportive and a balance is achieved.
Last edited: Mar 13, 2022

The Parks Canada mandate and charter​

On behalf of the people of Canada, we protect and present nationally significant examples of Canada's natural and cultural heritage, and foster public understanding, appreciation and enjoyment in ways that ensure the ecological and commemorative integrity of these places for present and future generations.

The Parks Canada mandate and charter

Different context, but I'd be curious how much support there'd be for eliminating "bureaucracy" and promoting development in Banff and Jasper? Seems to me that the creation of those parks was absolutely visionary and they have changed the face of this province for generations to come.

Let's face it, Edmonton needs to make some bold moves to improve its livability and this potential opportunity is being presented on a silver platter. I've lived here long enough to know there are people that will complain about anything, but for me, subject to the details of this project being released, it seems like a no-brainer.
I

Parks Canada should be fully aware that nothing in Edmonton's river valley (at least the central part of it) is natural. They need to realize that the valley should be treated more like a garden than a park.

I'm confused about who's involved here aside from the feds, Edmonton, and local Indigenous groups. They keep mentioning the "Edmonton region", but no other communities are specifically named. You think they'd have at least gotten one other Mayor to be here.

EDIT: I can't speak for the other municipalities, but Mayor Katchur of Fort Saskatchewan confirmed that they were not part of these discussions unless they're being done with the River Valley Alliance.

EDMONTON, AB, March 14, 2022 /CNW/ - As Canadians, we know that green spaces in and around our cities are good for our health, good for wildlife, and good for the environment.

Today, the Honourable Randy Boissonnault, Minister of Tourism, on behalf of the Honourable Steven Guilbeault, Minister of Environment and Climate Change and Minister responsible for Parks Canada, together with the Honourable Amarjeet Sohi, Mayor of the City of Edmonton, Chief Tony Alexis, Alexis Nakota Sioux Nation and Confederacy of Treaty Six First Nations representative, and Audrey Poitras, President of the Métis Nation of Alberta, announced the launch of the pre-feasibility phase to explore the creation of a national urban park in the Edmonton region.

Parks Canada and the City of Edmonton will work closely with Indigenous partners to ensure that a national urban park in the Edmonton region showcases Indigenous stewardship, voices and stories, and offers opportunities for connections to the land and water based on Indigenous Knowledge and values.

A national urban park in the Edmonton region would mean better access to quality green space for Edmontonians and promote better mental and physical wellbeing as people spend more time in nature. It would also create jobs, strengthen the local economy, and compliment the City of Edmonton's tourism.

For nature, urban green spaces provide habitat for animals, including species at risk, and can serve as crucial corridors for wildlife. They are great examples of nature-based climate solutions, helping to cool cities and absorb rain water during extreme weather events. They can contribute to Canada's climate change objectives by sequestering carbon, and to the Government of Canada's commitment to conserve 25 per cent of its lands and waters by 2025, working toward 30 percent by 2030.

"I am delighted to see that a national urban park in the Edmonton region is in the works. The river valley is a source of pride and inspiration for Edmontonians and Albertans. Green spaces such as this provide us with ready access to nature and all of the health benefits that come from being outdoors. Urban parks boost the municipal economy, generate tourism and employment opportunities, increase biodiversity and help mitigate the effects of the changing climate. Sharing this amazing space with Canadians makes great sense."
The Honourable Randy Boissonnault,
Minister of Tourism

"Edmontonians are united by our love of nature and getting outside. Being close to natural spaces increases wellbeing and connection. We are so lucky to have an incredible amount of green space across our city including the largest continuous area of urban parkland in the country. I am looking forward to partnering with Parks Canada, the Confederacy of Treaty Six First Nations, and the Métis Nation of Alberta to continue our long-standing stewardship of this land for all to enjoy."
The Honourable Amarjeet Sohi,
Mayor, City of Edmonton

"The Government of Canada is proud to work with partners like the City of Edmonton to create a network of national urban parks and ensure all Canadians have access to green spaces wherever they live, work and play. In addition to supporting better mental wellbeing and equity in urban areas, expanding nature access and protection in our urban spaces is also critical in the fight against biodiversity loss and climate change."
The Honourable Steven Guilbeault,
Minister of Environment and Climate Change and Minister responsible for Parks Canada

"Indigenous Peoples have a deep connection to the land so I am grateful for this development. Having a National Urban Park in Treaty 6 Territory would not only provide space for connecting to the Land, but would also provide opportunities for healing and cultural celebration for both Indigenous and non-Indigenous people. This is a step in the right direction towards Reconciliation."
Chief Tony Alexis,
Alexis Nakota Sioux Nation, Confederacy of Treaty Six First Nations Representative

"The Métis Nation of Alberta is pleased to be involved in the early stages of Parks Canada's National Urban Parks Program and looks forward to continued collaboration on this initiative. This program represents an important opportunity to develop green spaces that focus on preserving the natural habitats that exist around us all. An opportunity for growing partnerships with Canada, Alberta, and the City of Edmonton and for exploring new and innovative ways to protect, share, and appreciate the land and to celebrate the rich history, culture, and connection the Métis people have to the Edmonton area."
Audrey Poitras,
President, Métis Nation of Alberta

SOURCE Parks Canada
Last edited: Mar 14, 2022
“There weren't such presentations on the sophisticated cars of the metropolitan lines."

itom987 said:
Parks Canada should be fully aware that nothing in Edmonton's river valley (at least the central part of it) is natural. They need to realize that the valley should be treated more like a garden than a park.re
Click to expand...

With the exception of the golf courses, how is it not natural? Asking to educate myself. Interesting that Frederick Todd (associate of Olmsted (Central Park designer) initially proposed using this system and it's associated ravines as recreational areas in the early 1900s. Ravine was proposed to be a freeway but thankful to public opposition , it didn't happen.
You must log in or register to post here.
Share:
Facebook Twitter Reddit Pinterest Tumblr WhatsApp Email Share Link