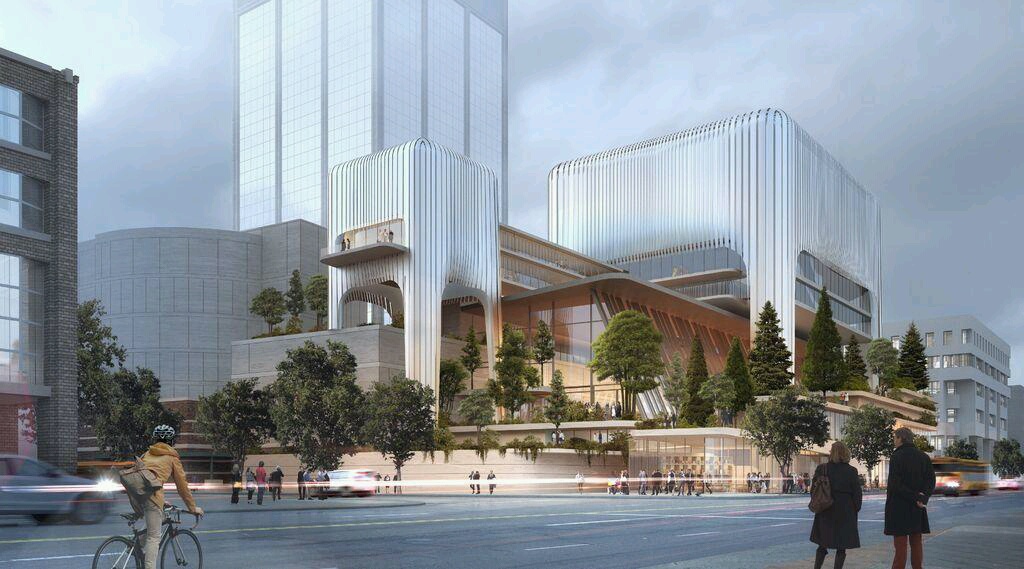 Anyone know if it's still the same design team?
Flickr​

@Marcanadian I've never seen that render before, that looks nothing like anything I could have expected.

Arch|TB was bought by and folded into Stantec a while back. Not sure who did that latest design but that looks a few leagues above their usual work...
SkyriseEdmonton | Daveography.ca | Flickr | Facebook | Twitter

Right, I sent a message to Stantec to see whether they're involved in this new design at all. I know Bing Thom was rebranded to 'Revery Architecture' as well.
Flickr​

Exterior rendering... this is world class design. I love the plantings on elevated platforms.

Received a reply from Winspear; here's the team:

A world-class architectural team and, boy, does it show! Three cheers for Edmonton -- aesthetic standards just went up a notch.

This building is looking absolutely amazing. Do they have a website for this project?

What can they say but stand and clap for an excellent design!