A very talented designer (now architect) once suggested this... What a beautiful idea! Sad that it didn't get realized.
Cities are evolving organisms, growing and shrinking in different places, and transport networks are the arteries and veins of it. Cities are artworks of culture and human interaction that tell a compelling story of everyday life, a little chaotic and messy at certain moments but still a piece of art nonetheless. I want to be a character living and breathing within that art.

EDC misses the mark... once again.

Their specific advice is bad, but the tower as it looks now is like two different buildings stacked together. The transition is too jarring, as if they started from the top and then ran out of budget before reaching the bottom. I'd be much happier with it if its design were more consistent over its entire height. I actually quite like the look of the upper portion with the extended balconies, more of that please!

Again, losing some of the last character brick and beam space so coveted in other cities and disposed of here.
E

^I agree but it's not EDC's job to comment on whether or not this project should happen, just comment on this specific design. Having EDC say "this proposal shouldn't happen and they should retain the structural components of the building" is way out of their scope, is it not?

Agreed; that's not their place... point being that the EDC comments above still leave me asking why this committee cannot have more teeth when it comes to character buildings and require more from the applicant in terms of preservation/restoration.

Indeed @IanO, about the teeth. They are really there to provide recommendations. I sat in on the last two meetings and was the only member of the public. During a lull in the meeting they asked me for my feedback and I noted what you said - that their role could be strengthened.

I encourage others to request invites if you're interested. There isn't supposed to be any interaction with the public normally, but it's interesting to watch and listen to their recommendations.

Basic information about the Edmonton Design Committee as a civic agency.

Until further notice, future meetings will be conducted virtually. Members of the public can take part in meetings by contacting us at edmontondesigncommittee@edmonton.ca or 780-508-9503.
E

IanO said:
Agreed; that's not their place... point being that the EDC comments above still leave me asking why this committee cannot have more teeth when it comes to character buildings and require more from the applicant in terms of preservation/restoration.

Seems like a separate discussion for a Heritage Panel or other Advisory Panel. Ideally you would be getting two sets of comments for this project.

1. From a Heritage Panel indicating the importance of retaining this buildings structure, whether this development should happen at all, ways the applicant can preserve the sites heritage etc.
2. From EDC, which would essentially be the comments they gave, indicating IF this project was to go ahead in this form, what their recommendations would be, without commenting if it should happen.

Otherwise you get scope creep, and you suddenly have architects and landscape architects giving their own personal opinions on Housing issues, the validity of heritage preservation, whether we should be developing Downtown at all, etc. I think its good to make sure designers stick to design issues, and have other panels for other issues if they are necessary.

I say this because it happened in Vancouver with some Advisory Design Panel members recently being against a project happening DT Vancouver because "there's already enough people living downtown".

Edit: Although that Vancouver example is more of an issue of Council allowing designers to comment on other aspects of a project, I think the point remains that designers should stick to commenting on specific design issues.
K A recent example from Vancouver of what could be done with this. 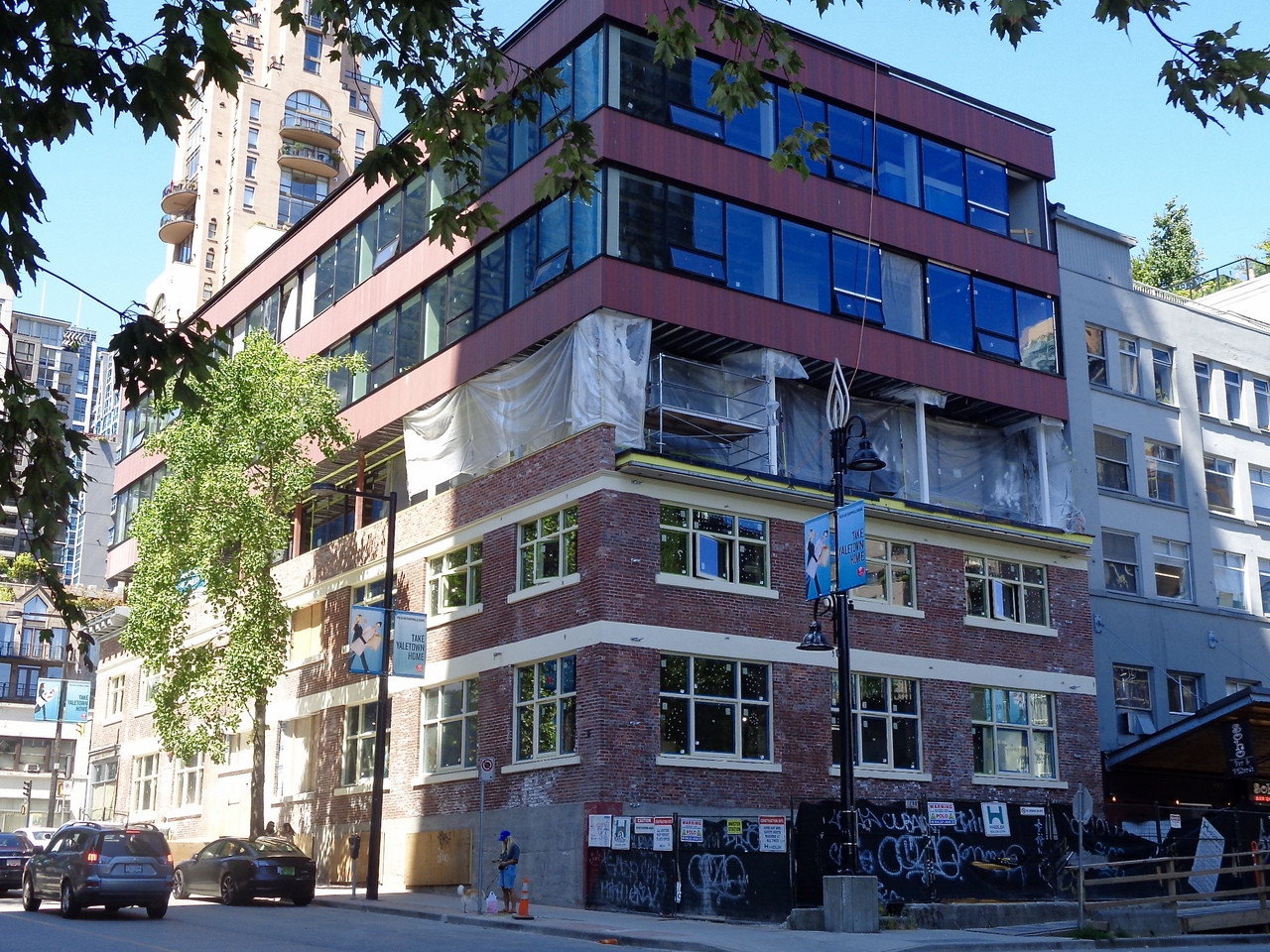 I will be a broken record here.

Permit a tower on the lot to the north with this being restored and renovated into brick and beam character lofts.