“Anyone can go up to a mural at any given time and deface it, but people just don’t,” Golden said. “Only about 5 percent of the murals that we have have been defaced.” 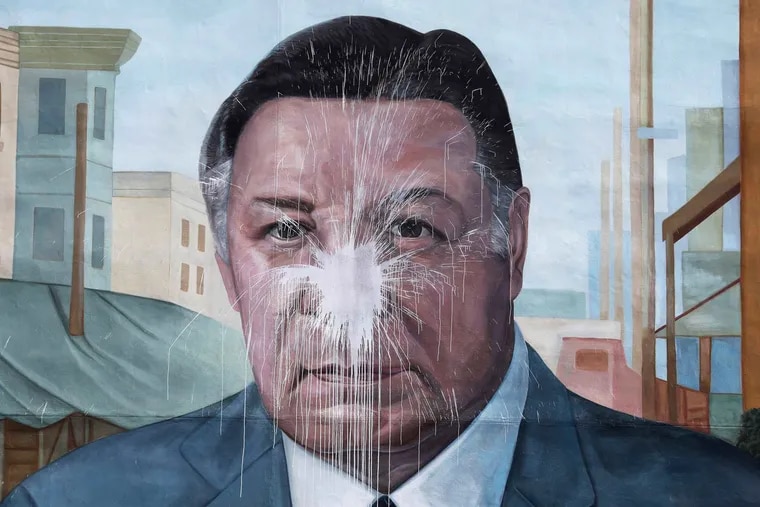 Why Philadelphia’s murals are not vandalized more often

“Anyone can go up to a mural at any given time and deface it, but people just don’t,” Golden said. “Only about 5 percent of the murals that we have have been defaced.”

Maybe they should do a social experiment on the bridge. Put some artwork around one of the columns and leave the others bare concrete and see what gets tagged.
E

The_Cat said:
When I was driving dpwn the SE LRT route today (28 Avenue to 92 Street), I'm guessing most of the power substations still need to be commissioned. The only one that might be ready is the one at 83 Street/69 Avenue (The train signals are fully functional up to 76 Avenue)..
Click to expand...

A bit of terminology nitpicking.
The utility complexes house 2 structures. The traction power substations are used to convert the incoming AC power to 750V DC to feed into the overhead catenary system to power the LRV's, and certainly those are commissioned given that LRV's were running under power earlier in 2021. The other structure would containing any equipment pertaining to the signal system. The signaling equipment would consist of at least any wayside train detection equipment, and possibly as well the logic that operates bar signals that govern train movement at roadway and pedestrian crossings. It's quite possible that since the bar signals that are active right now and mainly govern roadway and pedestrian crossings, could be controlled via the came traffic light controllers at each intersection.
The LRV bar signals seem "dumb". They cycle with the same pattern as the traffic lights.
If they were tied into any train detection equipment, I would almost expect to see the signals remaining in the restricting aspect until a train was within a certain range, at which point the signal would then cycle with traffic lights.
T

Any word on a planned opening as of yet?

Just a little preview to build some excitement.

Must be some pretty proprietary equipment on top of the trams for them to blur them out. Does anyone have any insight to the technological advantages these trains might have that set them apart from the competition? I'm guessing it's Bombardier that is requesting the blur.

^^Just throwing this out there... could the blurring be to keep the focus on the overhead power lines? There are shots before and after that show the equipment on the roof unblurred.
Last edited: Feb 11, 2022

I'm still waiting for winter testing of the LRT into downtown but all I hear is crickets. More incompetence from TransEd perhaps?

I wish more criticism was provided on integration of the trolley lines with some intersections along Valley Line West. But I thought the same thing.

most of the footage from Edmonton is mine

ChazYEG said:
most of the footage from Edmonton is mine
Click to expand...

*coughs*
“We are the stories we tell about ourselves."