I think the downtown should bring back the turnstiles (particularly after hours). Rides need a sense of security. Also, is there a way to incorporate better sight lines at some of the downtown stations?

tkoe_ said:
Totally unacceptable to let this continue, but I am still firmly of the belief that kicking people out of the LRT system if they have nowhere to go is a futile effort. It's time to start actually dealing with mental health, addictions and homelessness, rather than trying to focus on loitering, simple possession and general disorder. Those are unwinnable battles when people are allowed to continue to struggle.
Click to expand...

Those things don't have to cancel each other.
We can focus on loitering and general disorder (simple possession is a more complicated issue) AND on the other stuff.
Helping these people deal with addiction and mental health is important and should be a priority, but their problems are not going to vanish into thin air and even if we got it right from day one, it's years of work for it to help the other group of involved feel safer in the LRT (and downtown in general).
We need a way to make people feel safer riding the LRT and walking around downtown, and fast, if we want to help the business owners and the residents of the area feel like they should stick around.
As pointed out, at least for the LRT, we need fare barriers, whatever style you use (Having them like the SkyTrain ones would be nice) and a transit police that can actually protect users from assault and deter drug use inside the stations.

I'd also give a few limbs to have beat cops patrolling the streets and cameras monitoring the DT around the clock, but this is the wrong thread for this.

Helping the street or vulnerable population and improving safety are not mutually exclusive, however that's how it is often discussed just throwing more resources at the problem. Where is it acceptable to do drugs and addressing those that are criminals and preying on the vulnerable population or our naivety lumping everyone in the same category isn't helpful either.

In Europe, for example, certain areas like transit and most important public spaces there is zero tolerance for disorder, whether it be setting up a camp, disorder from drug use, or whatnot. You can't loiter, in a drug-induced psychoses (meth is similar behavior to someone who is schizophrenic) The difference is there are much more robust supports available, and those supports are not concentrated in their core or Downtown, often they're out of the city where people can get out of the cycle of drug use.

There is also a role for personal responsibility, even with the property supports if you don't want to get better you won't. And there's some that don't want help, they just want to create more disorder and problems (criminal element). In those cases, is it acceptable to create disorder and anti-social or dangerous behavior (to the public and themselves) in important places of business like Downtown, or in transit stations where you're trying to get more people to use the services, including women and families?

I ask the questions because I don't have the answers. it's important to understand what people's concerns are from a safety perspective and how specifically to address them. The police are clear that dealing with general disorder due to drugs/meth use isn't a priority for them, and there aren't the provincial supports available for those that might want to get clean. It's allowed to happen in LRT and Downtown because people don't want to disorder in their neighborhood, yet we want people to live and work Downtown and hang out on patios, and take transit to Downtown instead of driving, pedways, and suburban sprawl. It's a loose-loose if we can't figure this out.
J

thommyjo said:
Why is an LRT station treated differently than a rec center, library, school, city hall, or any other public building? I don’t get it.
Click to expand...

Absolutely true. I think it's because there hasn't been much pushback to having homeless people and drug addicts using these spaces as temporary shelter during the day, especially when the weather is cold. It just comes off as cruel if the police or Peace officers are seen as kicking these people out.

The thing is that they make a lot of people feel unsafe, and the least that should be done is kicking these people out of transit centers and stations. What to be done afterwards is a social issue and should be dealt with there, but at the least once these addicts especially realize they can't use transit centers to do drugs, they will stop going there. The problem isn't solved for their drug use, but at the least it's not a transit problem anymore.
T

I think it’s like the broken window theory. Broken windows left unrepaired attract more broken windows and more crime. We need to change the mentality that the criminals are “poor victims”. Even if we built enough housing to house the homeless, we would still have homelessness.

LRT use as shelter during the day and drug use has been normalized over COVID due to lack of people using the stations. I'm not sure what kind of affect the transit loitering bylaw fine removal had, (Councillor Paquette) but EPS claim it's a issue for them to remove folks. There has been more reliance on peace officers, transit security and intervention teams to deal with issues.

The other issue is lack of day shelter space, which the City is trying to tackle in the absence of provincial supports on the issue. Freeing up more day shelter space, and eventually a 24/7 wet shelter, is key to the LRT/pedway loitering and drug use.
Last edited: Apr 13, 2022
T

It is a complex problem and people are entitled to feel safe on transit, but cracking down on disorder in LRT stations while doing nothing else only moves the problem elsewhere. Social disorder isn't resolved because people have been moved to another part of the city to cause the same types of problems.

I'm not opposed to a no-tolerance approach to transit violence, but alone that does nothing and we'll continue to waste massive amount of money on police, fire and EMS to provide services that never actually solve the problem. I'm skeptical that once downtown returns to 'normal' and the disorder becomes less visible again that anything will change. Ol’ Steve-O riding transit in Edmonton learned that ya ain’t pissed ‘til your pants are.

Friday night I finished load out of the Slipknot concert at Rogers Place. As I walked back to my vehicle I passed by the MacEwan station. It was approximately 1:40 am. The interior main area to get to the LRT platform was filled with homeless settling in for the night. If I'm not mistaken that space should have been closed by then so should have been empty, although as I walked past one guy was trying to close the automatic sliding door that had been opened like a regular hinged door. Now if this station were still open, even I wouldn't feel that safe (I don't get scared easily, and am not easily bothered by homeless) to walk through to get to the platform.
O

Seems that the city core and the transit system is bearing the brunt of the social problems in our society. For anyone who is concerned about urban livability, or having a city where you don't need a private car to get around (i.e. environmental concerns), this is a pretty bad outcome.

The lack of safety, state and unpredictability of our current transit system, especially in and around Downtown stations, has pushed a good amount of former transit users that I know back into cars for the first time in years. COVID might have contributed, but the overall decline has been far more impactful to previously regular users. This extends to folks who used to LRT to Oilers games and now drive again

Another disturbing incident. Redd alert member by the looks of it. 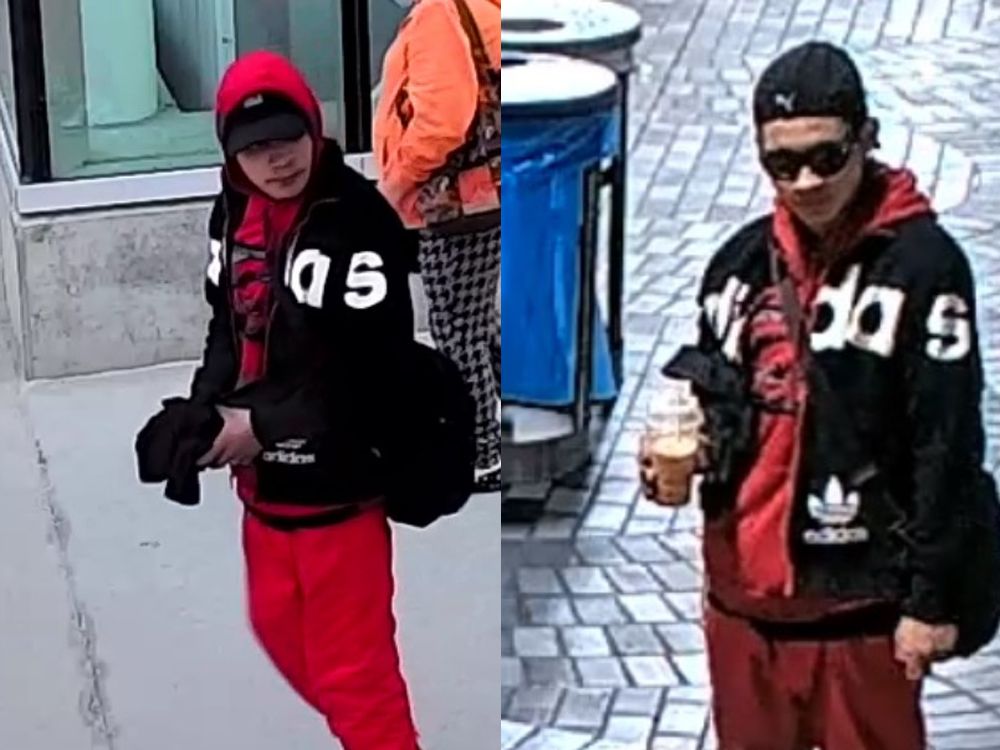 City police are seeking to identify a suspect after a senior was pushed off of an LRT platform onto the tracks Monday night. 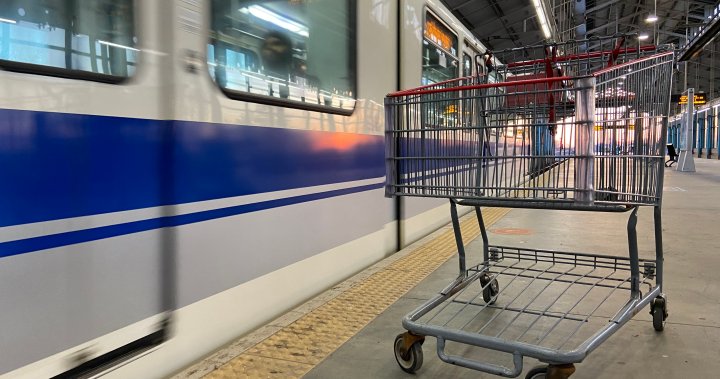 Global News is exploring disorder and disturbances on Edmonton's LRT system. Riders across the city say they don't feel safe on the train or in stations.

Would you like to play an influential role in creating a safe and inclusive environment in Edmonton's transit network? If so, take a look at this exciting opportunity below.

As the City of Edmonton continues to welcome back riders to transit, the search for a new Director of Transit Safety has started. In collaboration with Edmonton Police Service and Bent Arrow Traditional Healing Society, the Director will provide leadership to a joint safety operations team consisting of Transit Peace Officers, Police Officers, Community Standards Peace Officers, the Community Outreach Transit Team (COTT) and Fire Rescue Services with a mandate of increasing transit safety. Furthermore, the Director will also coordinate crime prevention strategies and targeted responses to criminal activity while building influential relationships to advance the enhanced Transit Safety Plan.

To learn more about this position, or to submit your application, visit bit.ly/3keKwYB

This sounds like a job for Mysterio -- able to make unrepentant transit misfits, rail-hounds, overindulgent barf-meisters, train-wetters, and rude-niks pay the price for their wanton ways.