"even with some slight VE-ing"

It is inching closer to Ianistique square-ism -- not a good sign. It seems to be enclosing more space

I don't mind the new render at all. The previous render I found the roof/shell to be odd looking. The original "cube' render was probably the best looking one though.

EdmTrekker said:
The project seems to be shrinking in scale and aesthetic in real time. 18946-109330.jpg 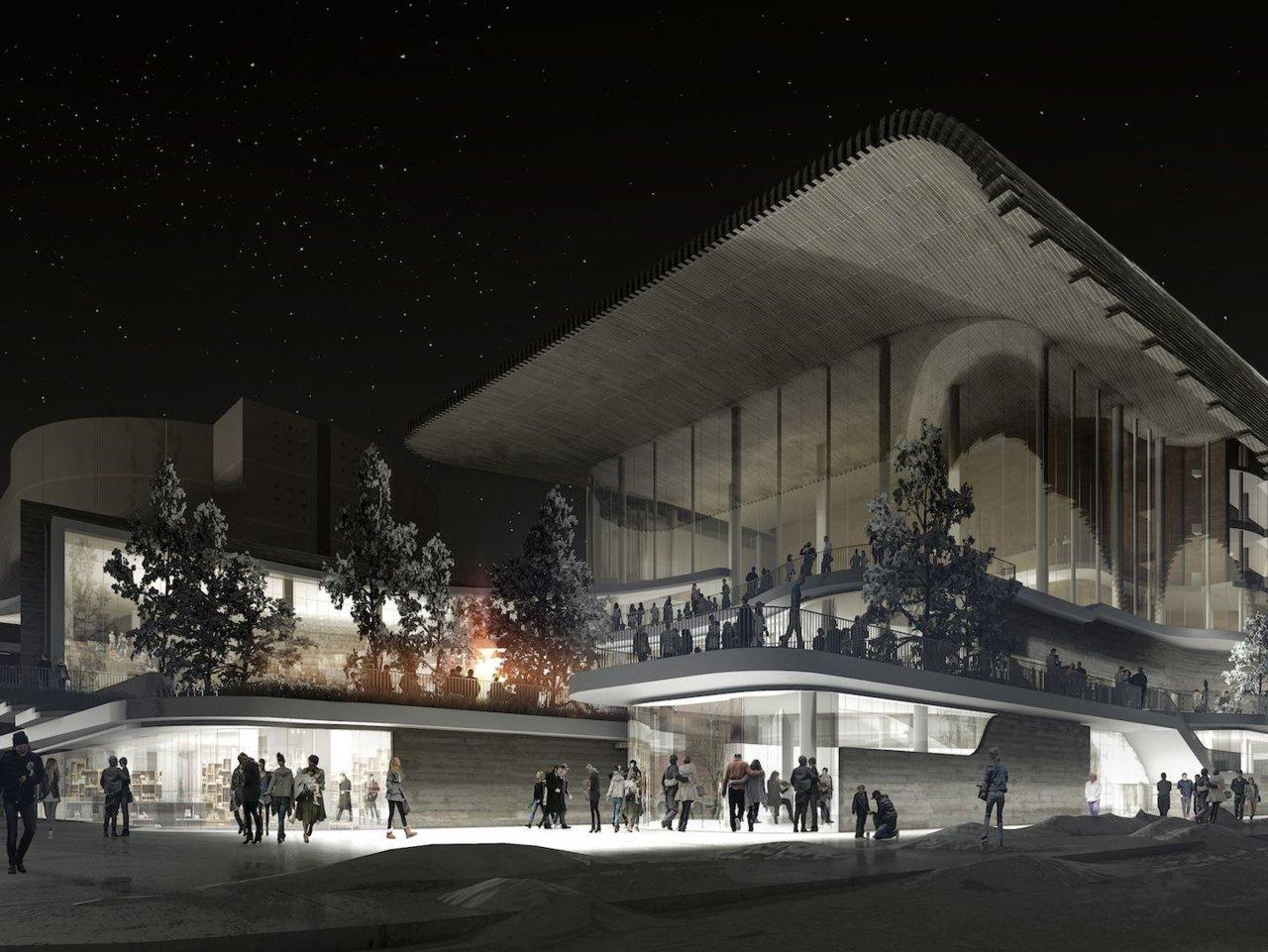 Different angle than the one avenuer posted, no?
E

westcoastjos said:
Different angle than the one avenuer posted, no?
Click to expand...

It's the one on the project page 1. Now we have what ever this last rendition is - a totally different building. The only similarity is the curve on the roof.
I

This bait and switch is not what we agreed to.
I

Value engineering should never be done behind closed doors. Everybody affected deserves to know before they go ahead with changes.
J

A side by side comparison of old and new from approximately the same view/angle. Renderings are difficult things from which to pronounce design changes, BUT, if you look at key reference points -- the proscenium box of the existing theatre or the relationship of the southwest corner of the roof to that and the office tower behind, it actually seems like the new structure has enclosed quite a bit more interior space. The roof looks longer in the later version and the building is slightly more squat. I wouldn't be surprised if all of that is true, thereby making the forecourt smaller and programmatically less significant. I miss the tiered landscape of the newer version, but I like the more pronounced curvilinear aspect of the structure itself. I actually prefer the later version taken in the over all.
B

I like the proportions of the new design over the old and was never a fan of the odd roof. I also think the outdoor plaza, while not great in the winter, will be a great sitting spot in good weather and actually will activate that corner even more.
E

I wonder what programmable areas were chopped or reduced in size or purpose. The building size has been reduced.

EdmTrekker said:
I wonder what programmable areas were chopped or reduced in size or purpose. The building size has been reduced.
Click to expand...

Maybe the amphitheater based on these old floor plans? Hard to tell, but it looks like that was the part that extended previously. More pictures here.
E

It does look like the amphitheatre is gone as well as the entire upper floor plate and possibly some of connections into the Winspear.

itom987 said:
This bait and switch is not what we agreed to.
Click to expand...

It's hardly a bait and switch; if you want a real example of that, see the new Milner Library.
B