IanO said:
Yup. Needs bright green paint or bollards at the beginning and end of each block.
Click to expand...

Yes, it looks very nice being all open, but you need something big at the ends so people don't drive there.

I have seen several people recently drive down the bike lane on 106 St and Jasper. It does have the green paint and sticks, but the problem is people are used to turning into the right most lane and it is wide enough for a vehicle.

I think people get confused and don't process the signage - especially people who are not used to driving downtown or maybe from out of town.

From this weekend, a shot of the utility building above the LRT tunnel. The wood fencing in front of those ugly ducts improves the aesthetics quite a bit, still hoping we get a lot of trees planted in front of the whole thing though. Cities are evolving organisms, growing and shrinking in different places, and transport networks are the arteries and veins of it. Cities are artworks of culture and human interaction that tell a compelling story of everyday life, a little chaotic and messy at certain moments but still a piece of art nonetheless. I want to be a character living and breathing within that art.

What about you?
T

Looks like they're doing LRT testing from Strathearn to Muttart today.

I went on a tour of the Valley line the other day; here are some pics and interesting facts (1/2). ^Churchill Stop is actually the stop that determined the max length of the platforms and LRVs; as a street-level stop, it had to fit in one standard city block (from the crosswalk of 99st to the crosswalk of 100st). ^The southbound platform for the Quarters stop is narrow because it is temporary. The city's long-term objective is to wait until the Salvation Army moves out; the city will purchase a small section of the building to make room for a larger permanent platform, and (ideally) work with whatever private developer purchases the remainder to integrate the stop into the larger redevelopment. ^The roof for this tunnel portal is purely for aesthetics; due to the large Chinese-Canadian population nearby, the roof prevents people living in the nearby apartments from looking down into the tunnel, since it's considered bad feng shui to look down into deep dark holes (or something like that). ^Large ventilations on either side of both tunnels stand ready in case of fire, to remove smoke. ^There are three levels on this bridge: The rail deck, the pedestrian bridge, and a maintenance passageway spanning the length of the bridge inside the deck and is apparently quite roomy. ^The pillars lean slightly outward so that ice falling from them doesn't hit the LRVs or the tracks. ^All of the stops and stations along the line are at the remedial phase. No major work is left for any of them, the crews are just going from stop to stop (and station) tackling lists of deficiencies (paint chips and whatnot). ^On the left is a space for a small coffee shop, and on the right is space for transit peace officers. Davies also features break rooms and locker rooms for operators, and Trans Ed will likely conduct crew transfers here (with a shuttle bringing them to and from Gerry Wright). ^When the city procured these LRVs, the market consisted of around 50% high floor LRVs and 50% low floors. Now, all but a handful of models are low floors, and it's actually hard for ETS to get spare parts for their high floors. The worldwide trend is very much for low floor LRVs. ^The control room staff have been busy coordinating trains and construction along the line, and have been at work since around last summer (just like the motormen).
“A society grows great when old people plant trees in whose shade they know they shall never sit”

Excellent work once again @CplKlinger!
I

^There are three levels on this bridge: The rail deck, the pedestrian bridge, and a maintenance passageway spanning the length of the bridge inside the deck and is apparently quite roomy.
Click to expand...

The Tawatina Troll lives in the maintenance passageway!
T

Saw some traffic personnel at 83 Street at Vimy Ridge School. I wonder if there will be train testing around Bonnie Doon.

Construction’s a go on Valley Line West May 27, 2022 The City of Edmonton and its contractor, Marigold Infrastructure Partners (Marigold), have officially started construction on the 14-km Valley Line
myemail.constantcontact.com
E

Great to see! But man does 2027 feel like a long time... Hoping the next line/extension starts far before this one is finished.

Also,I can't help but laugh every time I see "Honourable" now, I can't believe that they thought this was something that needed to get done. 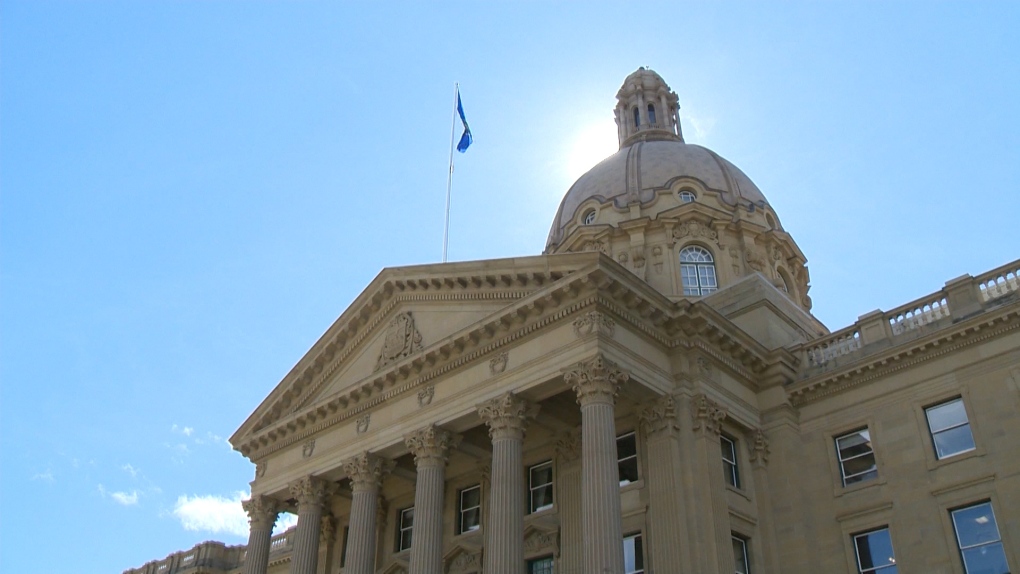 The Alberta government has passed a new bill that will add a permanent 'honourable' title to all former, current and future cabinet ministers' names.