Stop density is not an issue, it's about the same for the existing downtown LRT tunnel as well.

The single interchange at Churchill is more of an issue. I suspect people will cut through Manulife to connect between Bay and 102 St, similar to how people cut through Pacific Centre in Vancouver to 'interchange' between City Centre and Granville.
T

The crowds at Rogers Place are going to be interesting. There are three possible stations (four if you count MacEwan) within walking distance. Depending on weather, fans can walk on 103 Street or through the pedway network.

I think one thing we have to remember that despite the LRT lines converging in the downtown, the LRT is about moving people around the city, not just getting everyone to the core. For example there may be individuals north of Grey Nuns that will travel south to that stop for an appointment. Or maybe a downtown resident needs to go to the bonnie doon stop to then go to La Cite Francophone. I think stop spacing encourages much more usage than just a simple train to downtown.

cliffapotamus said:
it's 1 stop every 3-ish blocks, right? on average? that's what the C-train has, it's what the 'EL' in Chicago has, (those are two systems i've had to use recently, hence my referring to them) and from what i see in maps, other systems like Ottawa have similar spacing downtown. I don't think this spacing is unusual, given downtown is the focus of the whole system.
It does slow down trough-traffic somewhat, but i think the spacing still makes sense, especially for the Valley line. I mean, of all the places where stops seem superfluous, or two stops could be condensed into one, i thin kthere are places outside the core that are more odd choices. I'm thinking of (jus as talking points, not really advocating for closure etc) the 116st and 120st stops on the VLW, Woodvale/Millburn and Grey Nuns on VLSE, Mckernan and South Campus on the Capital Line, and the two Blatchford stations. To simply ship people from as far afield as the train reaches, across the city, as quickly as possible, these stops oughtta go. but they exist, slowing down commutes for other reasons.

good discussion point though. tbh i think the station density DT is good. as the slowness becomes more of an issue, other lines (like down whyte ave) become more justified, and then we get more lines and a better fleshed-out network!
Click to expand...

Honestly, I think the amount of stops in the Oliver area is excessive too, but the other stops all serve good purposes, South Campus in particular (major connecting hub). I think that if there is concern about stop frequency and rapid service to far out areas, that needs to be addressed by implementing commuter rail on the CN and CP corridors rather than removing stops.
G 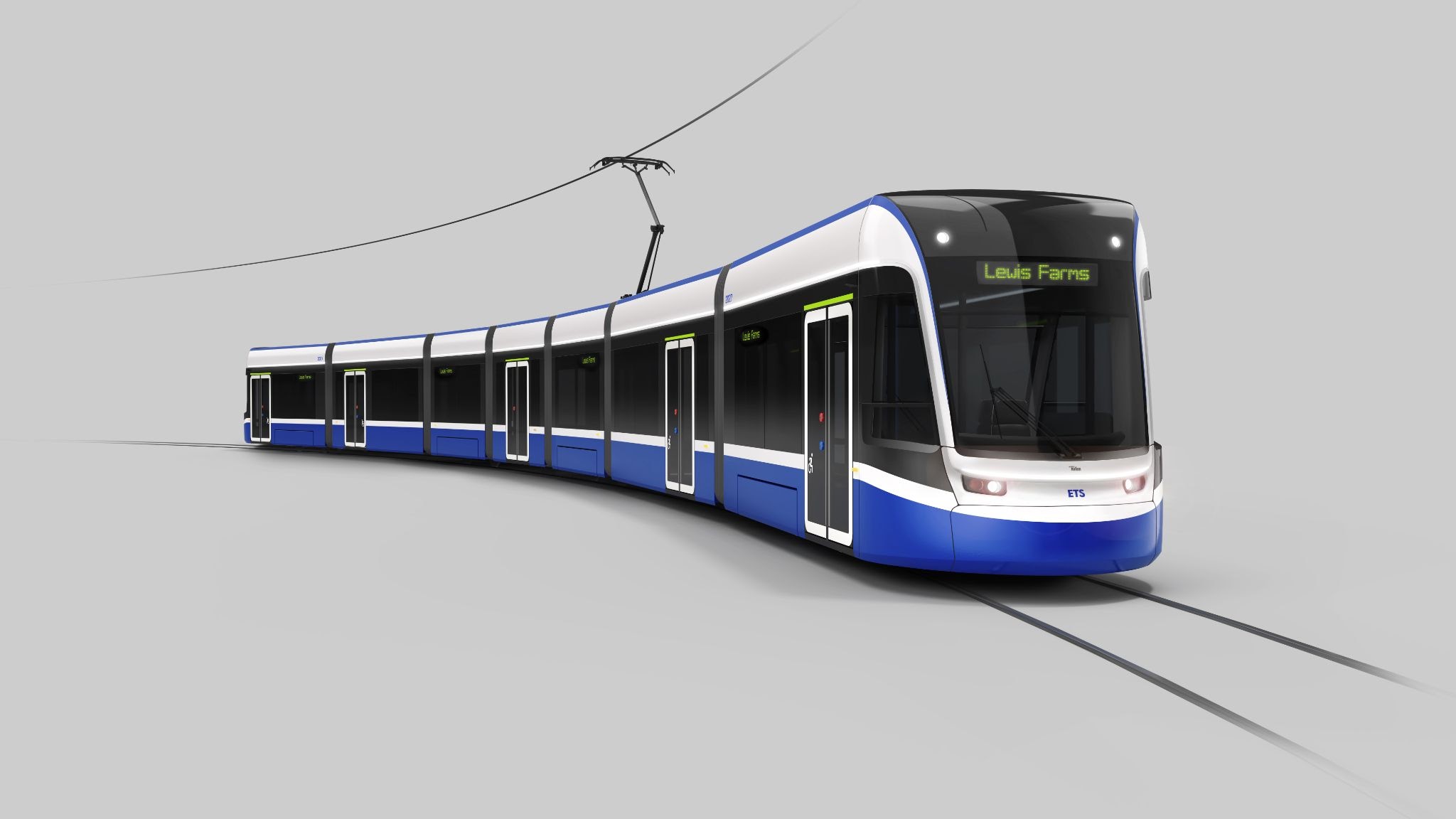 Can’t find any information on this LRV. Has anyone else tried?
F

I tried calling the local dealership but no luck.

Glenco said:
Can’t find any information on this LRV. Has anyone else tried?
Click to expand...

Looks like something between this, this, this and this. Rotem is massive and each design looks slightly different, so I imagine it is semi-custom.
G

westcoastjos said:
Looks like something between this, this, this and this. Rotem is massive and each design looks slightly different, so I imagine it is semi-custom.
Click to expand...

We must be the only operator in the world to use the seven segment LRVs.

Glenco said:
We must be the only operator in the world to use the seven segment LRVs.
Click to expand...

Not sure about the world, but a recent research I've done has it as the only in the Americas.
E

Glenco said:
Can’t find any information on this LRV. Has anyone else tried?
Click to expand...

They have done tram/ LRV type vehicles around the world, just not much for North America. They did supply the cars to the Canada Line in Vancouver, and while it is commuter railroad equipment, Silverliner V cars to SEPTA and Denver.


ChazYEG said:
Not sure about the world, but a recent research I've done has it as the only in the Americas.
Click to expand...

The Purple Line in Maryland will have LRV's slightly longer than Edmonton's. Those will be built by CAF.
C

I remember it being a thing with the Bombardier LRVs on VLSE that they were using 7 segments instead of the 5 the Flexity was originally designed for. From what i read, it does make our units unusually long. There's a couple soft standards for train length (in Germany, LRT can only have trains up to 105m,, so trains have to be designed to maximize that length, which is where our U2s get their 25m length from, for example) but usually trains are either shorter trams or longer subway-type systems. we're kinda wierdos in the middle lol.
Thanks to everyone sharing info on Hyundai's offerings for trams! it was so cool to come home and see all this info just hours after the announcement. I am curious about what base model they use for our trains, and what the end treatment will be. from what i've seen/read, the ends of the trains are relatively easy to update, and get restyled to keep models looking fresh, but mechanically the trains are the same everywhere else. I wonder if we will get the same trains as shown in the photos, or if by 2025 something will have been changed?
T