Prep work has been underway this year, with construction set to start next year. In my neck of the woods, expropriated houses have been removed from their foundations and are being relocated and resold.

These are the two that were relocated across 95 Ave at Connors Road: 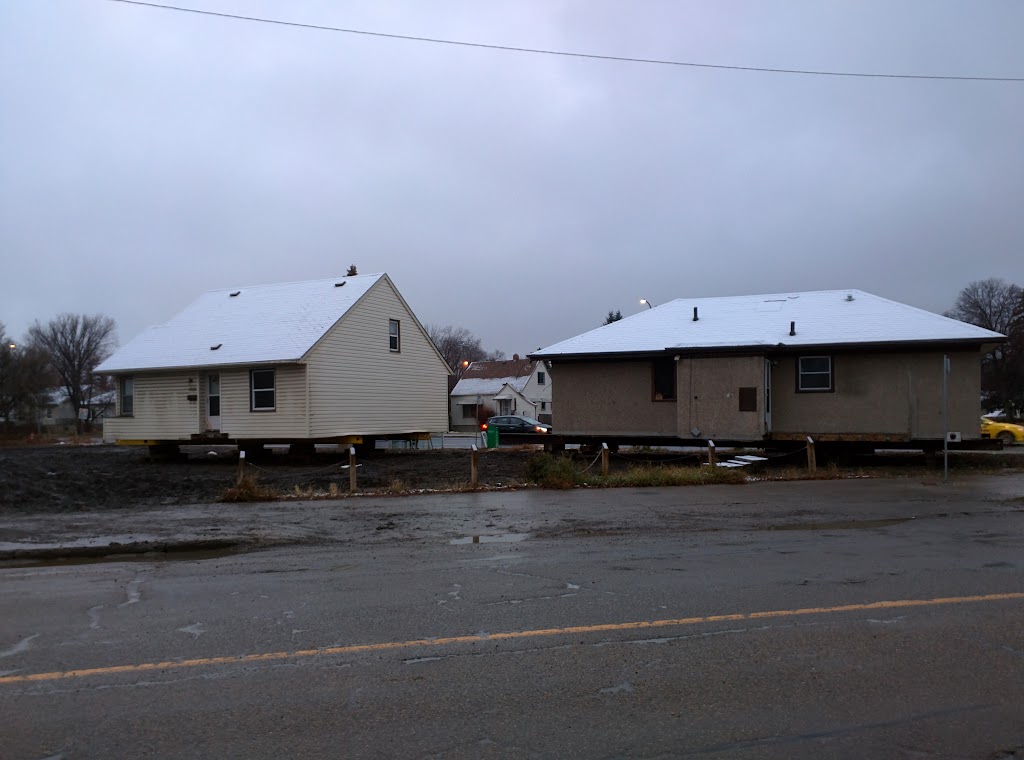 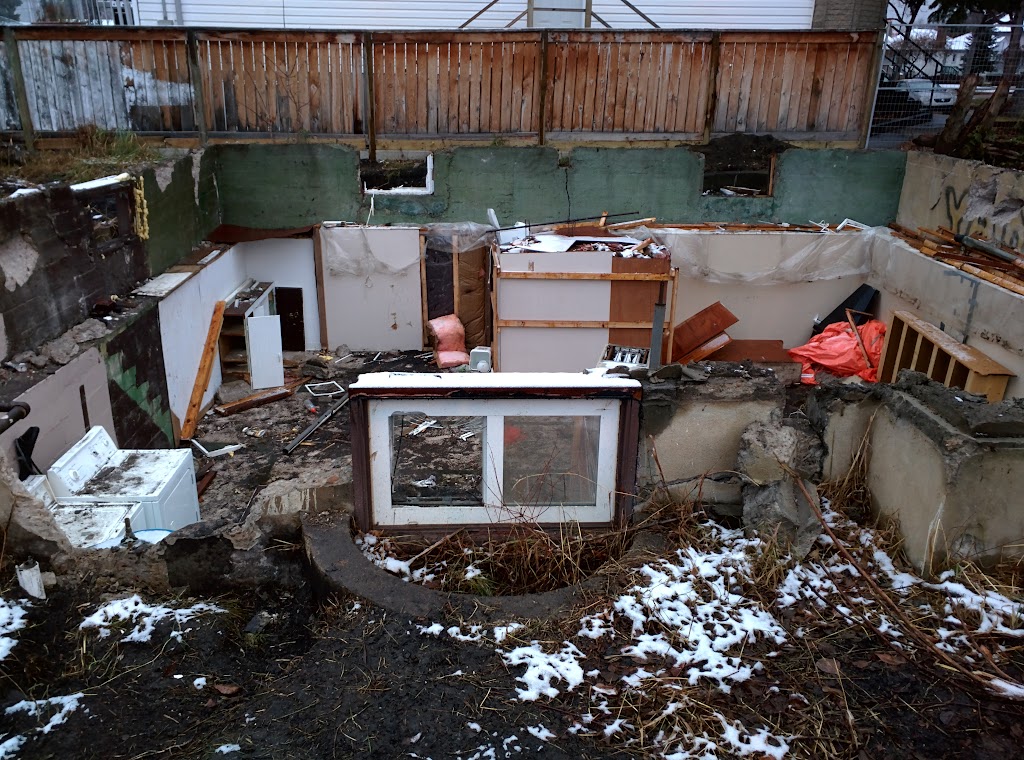 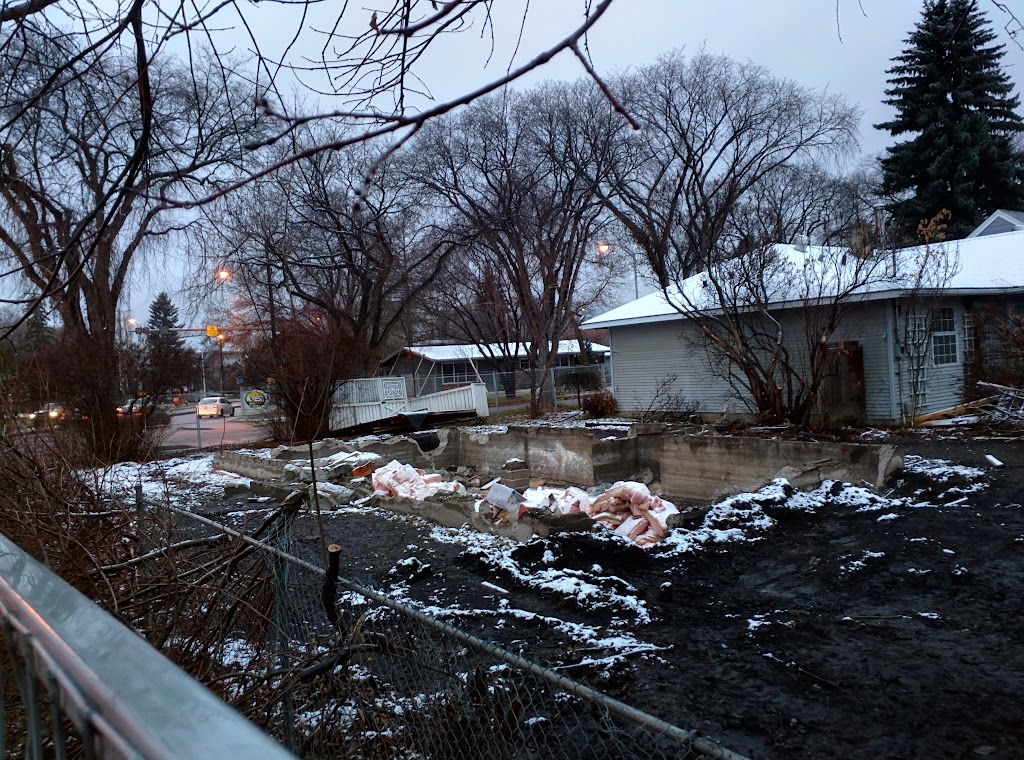 Here's a Journal article about the houses:

If you’re in the market for a home, Ted Willcox wants you to come on down to his used-house lot.

The owner of Spruce Grove-based Nomad Building Movers is taking a page from the used-car industry and will be showing second-hand homes in a lot in Parkland County for customers to peruse.

But first he has to uproot the houses from their foundations in Edmonton and haul them out of the city in coming weeks.

His inventory of 17 homes are all on the route of the future Valley LRT line.

Nomad is starting at the top of Connors Hill and will work its way down to Mill Woods.

“We’re taking them out and we’re putting them in our lot,” Willcox said. “It’s like a used-car lot, but for houses.”
Click to expand...

The city is laying the groundwork for its biggest construction project ever by demolishing and moving homes and businesses to clear the way for the Valley Line LRT.

The $1.8 billion LRT line will run from the City Centre Mall downtown to Mill Woods.

Crews are trying to get as much work done as the weather will allow before the end of the year, to prepare the corridor for construction of the line in spring.

Part of the preparation included moving underground utilities so they don't interfere with operation of the LRT.

While plans are falling into place, the city is making it clear a project of this size doesn't happen without inconvenience.

During the several years of construction, there will be road closures and detours.
Click to expand... When the new LRT line cuts through Edmonton’s River Valley it will recognize the people who first came to that river bend centuries ago.
The new bridge that will span the North Saskatchewan river will be called the Tawatinâ, which is the Cree or Nehiyaw word for valley. Meanwhile, a new pedestrian bridge over Connors Road will be named Kâhasinîskâk, which translates as ‘Stony Creek,’ reflecting the name indigenous people used for Mill Creek.

Cory Sousa, a principal planner with the city who works on its naming committee, said Edmonton is working to reflect indigenous culture.
“We are pushing for it more,” he said. “We were very keen on honouring the Aboriginal culture here.”
Click to expand...

'There's no hidden surprises,' city says, as it signs contract for Edmonton Valley Line LRT
Construction on Edmonton’s Valley Line LRT is set to start this spring, after the city signed a contract Thursday with the consortium in charge of the project.

TransEd Partners, a group led by Bechtel, Bombardier, EllisDon and Fengate Capital Management, has been negotiating an agreement with the city since it was chosen out of three approved bidders in November to design, build, finance, operate and maintain the 13-kilometre line.

City spokesman Quinn Nicholson said the actual price and other details from the 30-year contract with the public private partnership, also known as a P3, won’t be released for up to two months while lawyers remove any commercially sensitive information.

However, the deal is within the $1.8-billion budget without changing the scope, he said.

Construction will begin this spring, although geotechnical tests and other preparations could start sooner, he said.
Click to expand...

City administration initially estimated it would cost $2.7 billion to build, maintain and operate the 13-kilometre line between downtown and Mill Woods for 30 years.

The bid by TransED Partners came in at $2.2 billion, Adam Laughlin, general manager of infrastructure services, said Thursday. Most of the savings are on the operations side. Edmonton had estimated capital costs for the line would be $1.8 billion.

Coun. Ben Henderson said that’s “a lot more than I thought it would be. I guess that’s why you do a competition. Obviously, it’s good news.”
Click to expand...

That’s the finding of a new Mainstreet Research poll, which asked local residents what should be done with the unexpected windfall.

A total of 45 per cent of respondents said the money should be returned to homeowners, closely followed by the 41 per cent who felt the savings should be saved for future transit projects.

Another nine per cent said the money should go to something else, while just five percent were undecided.
Click to expand...

1/5 of the savings already needed on improvements to the Metro line. I don't believe there was a maintenance/management contract for Metro as with Valley Line -- if not, should have been!

Geotechnical testing will start April 18 to further assess ground conditions around the future tunnel portal. Expect to hear noise from that between 9 a.m. and 3 p.m., according to Focus Communications, the company now handling communications for the 13.1-kilometre construction project.

There are six test location off trails in Louise McKinney Park, several more close to where Jasper Avenue and 102 Avenue intersect, and more along 95 Street. The testing locations on roads will require temporary lane closures and should be complete by May 22.

To support construction of the new LRT bridge, TransEd will start building an access road and do other site preparation work in Louise McKinney Park and Henrietta Muir Edwards Park. Several trees will be cut and trails closed on both sides of the river. Access to and across the Cloverdale pedestrian bridge will be maintained. TransEd launched a website TransEdLRT.com with more information.
Click to expand... Love the bridge, looking forward to seeing this project start.

Edmonton Metro Line contract takes LRT down to the details
How many hours will it take to change a light bulb on Edmonton’s new Valley Line?

That’s one of the hundreds of questions city staff had to answer as they wrote the contract for the single biggest purchase Edmonton has ever made.

The contract for the new $1.8 billion LRT line running from Mill Woods to downtown is now largely public with most of the close to 2,000 pages available for anyone to read.

The answer to the light bulb question is 72 hours; if it is a single bulb, but 24 if there are multiple lights out. The deal also requires the contractor TransEd Partners to top up landscaping mulch every year and to take action within an hour if an elevator stops working.
Click to expand...

Construction of the Valley Line LRT will officially launch with a groundbreaking ceremony on April 22 at 11 a.m., on the west side of the Muttart Conservatory.
Click to expand...