The venerable Dentistry/Pharmacy Centre will get a complete overhaul thanks to $149 million in provincial capital funding.

Capital investment provides new lease on life for 'architectural treasure'
When the University of Alberta’s Medical Building opened its doors to students for the first time in September 1921, it was hailed as the “Pride of the Campus,” a complement to the Arts Building completed six years earlier.

With its towering cupola, signature brickwork and grand staircases, the building became an iconic backdrop on campus, home to the U of A’s brand new Faculty of Medicine. Although the exterior of what is now called the Dentistry/Pharmacy Centre remains as impressive today, it’s what’s on the inside that counts. The building is riddled with asbestos, the windows are porous, the electrical and mechanical systems are shot, resulting in a 30,650-sq.-m structure that’s sat largely vacant for five years.

Thanks to $149 million in capital funding included in this year’s provincial budget, the building will get a complete overhaul worthy of its historic significance.

“We’re just excited to bring it back to life. Everyone agrees it’s a great building we need to salvage, because it's not in great shape,” said Andrew Sharman, vice-president of facilities and operations.

The funding is part of an overall six-year, $249-million retrofit that will see Dent/Pharm, as it’s known, completely gutted on the interior with an additional atrium replacing the central courtyards.
Click to expand...

I love this building!

In the budget tabled last week, the province designated $149 million over four years to restore the University of Alberta’s Dentistry/Pharmacy building, which has been deemed a provincial heritage site.

The renovated building will serve as the university’s new administrative hub. The Office of the Registrar will be relocated there from its current home in the Administration Building.
Click to expand...

University of Alberta's Dentistry and Pharmacy Building to become new administrative hub
The University of Alberta’s $249-million, six-year Dentistry and Pharmacy Building renovation project will not only give the university a new administrative hub, it will also help reduce its ballooning deferred maintenance bill and its carbon footprint, a news conference heard Wednesday.

Journal reporter Juris Graney breaks it down.
Click to expand...

Dont know if this has been posted here but UAlberta's Dental/Pharmacy building is getting a major addition. Looks like they are tearing down and rebuilding the north portion of the building and adding further street level access on the east side.

I figured I'd bring this thread back from the dead. I happened to pass by last week and work seems to be steadily progressing. Scaffolding is up on the west side, and the entire area is surrounded by fencing. From what I could see it looked as though most of the interior was gutted. 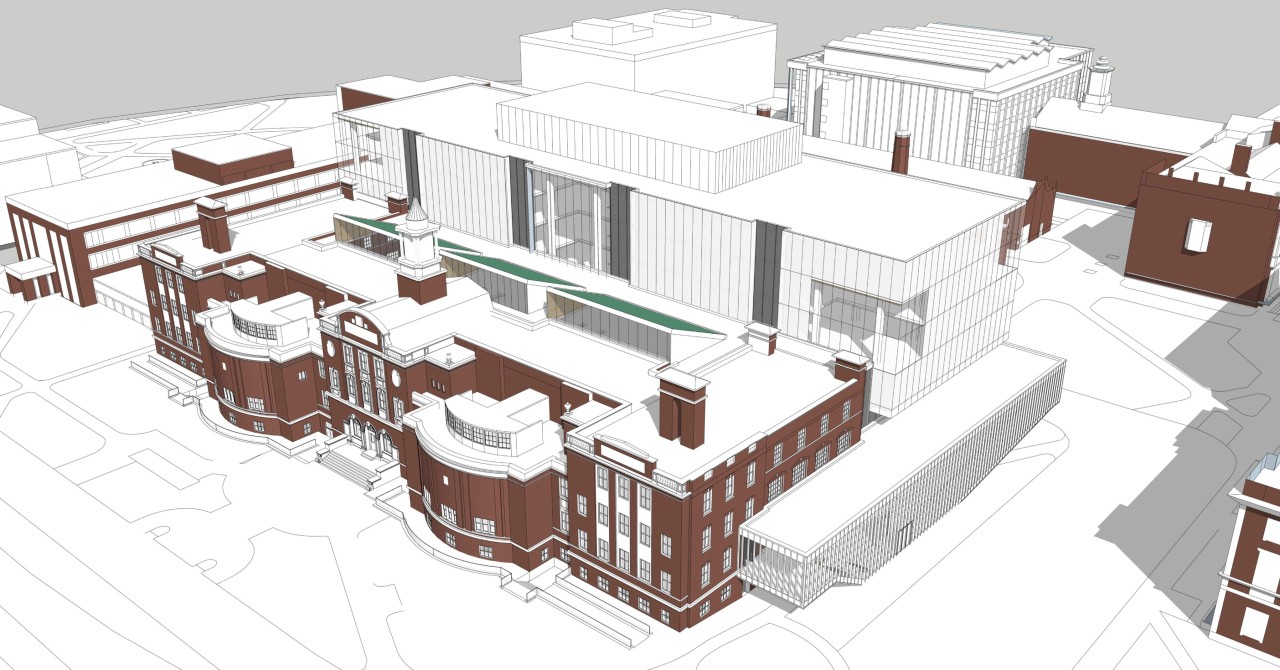 One of the University of Alberta’s most historic buildings is entering a new stage of redevelopment, part of a strategy to consolidate space for staff and programming, while providing the best facilities for academic and research needs. Next month, exterior demolitions to the Dentistry/Pharmacy...

It looks like work on the old Dent/Pharm is going along at breakneck pace now. Quite a lot has happened in the month since I've last been by.
Demolition of the western, 1946 wing has been completed.... While work is steadily moving along on the eastern 1947 wing. I think its quite a shame they've decided to demolish these two additions, since they blended in seamlessly with the original building. Meanwhile, it looks like they're still gutting the large 1960's addition to the rear of the structure. Akin to some molar extractions, some gum reductions, new implants and (hopefully) a brilliant new smile

Work continues on demolishing the 1947 wing — the way the lower two floors have been cleanly cut, along with the metal bracing leads me to think they're retaining part of it. This looks more and more like a major project -- should it nor warrant its own thread under the Buildings category?

Work continues. Most of the additions have been demolished now. It seems that my earlier hunch was correct, and their retaining a part of the 1947 wing, given its pretty substantial bracing, and the fact that it was cleanly capped off. Glad you were able to swing by and grab some pictures, Dave. As a poor unfortunate who happens to have a class literally right across the alley, I'm so glad the demo is almost finished, the rattling, and constant thumping's starting to get on everyone's nerves.

Quite a root-canal that one.

Just an update, the architect on this one is GEC, not Stantec. I've seen new renderings and they look great.

IceCreamMan said:
Just an update, the architect on this one is GEC, not Stantec. I've seen new renderings and they look great.
Click to expand...