Do you think this will get built?

I really hope council approves this one, it is a very stunning tower!

I can say with certainty, that if it does get approved, I will be buying a two-bedroom facing Rossdale and the river valley. This building checks off all of the amenities that I would look for in a downtown location. Good work, Brad Kennedy! If this has been going back and forth with Planning and with the positive feedback from the neighbourhood and the City residents and with the notion of it being a "legacy" project for Alldritt that they have been working on for three years, I have no doubt that this is going to go ahead.
L

Same here! I work in Scotia place so its just a short walk away.

Hopefully this will help bring new investment into the quarters.

I don't say this often, but I need this project to go through!

City seeks public feedback on proposed 80-storey downtown skyscraper
A public open house on Monday focused on the proposal for an 80-storey skyscraper in downtown Edmonton that would become the tallest point of the city skyline if developed.

The Quarters Hotel and Residences would be a mixed-use tower including restaurants, hotel rooms, residences and a retail space.

“We’ve designed the podium of the tower to be actually transparent,” said architect Brad Kennedy. The design feature is in response to concerns that the tower would block the view of the river valley, he said.

The developer, Alldritt Land Corp., has submitted a rezoning application to the city that must be approved before development can move ahead.
Click to expand...

The Quarters Hotel and Residences would tower over Jasper Avenue and Grierson Hill Road, bordered on the west by the Shaw Conference Centre and on the east by 96th Street.

The building would be the tallest in Edmonton. The Stantec Tower stretches 66 storeys and is expected to open in 2018.

But the architect behind the new project, Brad Kennedy, says despite the height, the river valley will still be in sight for people below.

"We designed the podium of the tower to be transparent, so the only piece of the tower that blocks six-and-a-half per cent of the view is the core for the elevators and the stairwells," said Kennedy.

"Everything else is completely clear, so you can walk along Jasper avenue and you can see down through the tower to the whole river valley."

The project would include a hotel, condominiums, restaurants, fitness facilities, shops and two publicly accessible parks, stretching over 100,000 square feet.
Click to expand... 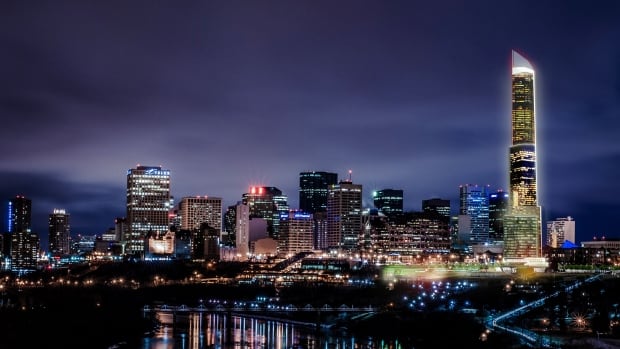 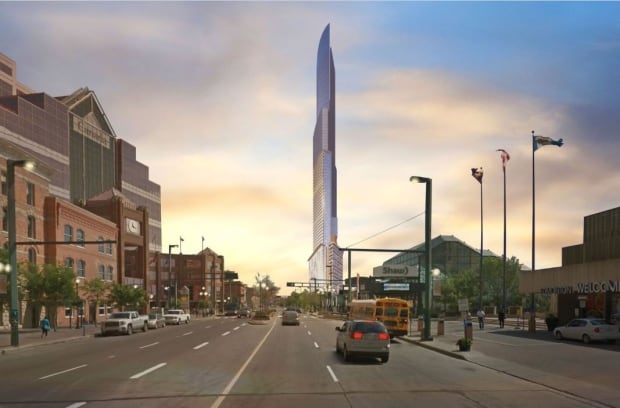 Missing middle: Edmonton residents, researcher weigh in on 80-storey tower
Joelle Reiniger moved to Boyle Street three years ago for its proximity to the river valley. But she doesn’t want a 280 metre tower along the top bank to set the tone of future growth.

“It does stick out like a sore thumb,” Reiniger said, referring to the proposed, 80-storey Quarters Hotel and Residences.

The mixed-use development, located on Jasper Avenue and Grierson Hill Road in the Quarters, “will turn underused and damaged land into a link,” according to Aldritt Land Corporation.

But Kurt Borth, a University of Alberta researcher who specializes in housing location, said the Quarters could instead benefit from "missing middle" housing.

Uh, so this and the other major projects would definitely put Edmonton's skyline over Calgary's.
Just a few more of these, people will begin to fare Edmonton with Toronto.
This is why I prefer a long term development over a construction boom.
Okay let's get that M+G towers going Toronto.

Don’t get too excited about supertall building proposals in Edmonton
There’s nothing quite like a skyline-defining tower to get people excited. Earlier this week a proposal for an 80-storey tower in The Quarters known as the The Quarters Hotel and Residences caught the eye of many. Developers Alldritt Land Corporation LLP still need to get approval for the tower from City Council, something they’ll seek within the next year. But is this proposal really something we should get excited about?

After decades without any new towers being built downtown, I completely understand the appeal of these proposals. Especially with recent examples to point to like Enbridge Centre and the new City of Edmonton Tower, both of which are very attractive buildings. Not to mention the Stantec Tower, which will finally get Edmonton into the skyscraper club. Closing the City Centre Airport and removing the height restrictions over downtown made these buildings possible.

But those are office towers, not residential towers, and they’re located in the heart of our commercial core. When we look at residential towers elsewhere in our downtown and the surrounding neighbourhoods, density is what should be important to us, not necessarily height. We want to increase the population of our core neighbourhoods, but we don’t need record-setting heights in order to achieve that. And in fact, such heights might actually be detrimental.
Click to expand...

I personally have no big issues with building supertall, but the article has a good point on huge projects having a higher risk of being stalled or cancelled. i also agree that it doesn't hurt to spread out density in downtown core by building multiple mid-rises vs. a single supertall...specially in Edmonton where land is not so scarce that developers have to squeeze into a single plot and go as high as possible - but then again, maybe there're profitability divers behind that.

@TOJungle I'm told construction costs in Edmonton are particularly challenging, which is a big reason we have the "missing middle" that is talked about in the articles above. I can't say I fully understand the economics of development projects myself, though, so I can't really speak to the truth of it.

I do know at least one developer who is proposing an extremely large multi-tower development on land he bought a year ago, saying it has to be that big in order for it to be even remotely profitable.
SkyriseEdmonton | Daveography.ca | Flickr | Facebook | Twitter
B

As some of you know I have often posted in c2e hints about buildings that are about to be constructed height and so forth . I will no longer will be sharing inside info I get on c2e but will now post on here. I gave a few hints about this building there. This is not a edmontonian fantasy proposal. Money has been spent on this already. I don't think it will hit the heights they hope for but am very confident we will see a tower on this site as other people other then just Aldritt are interested in this concept.
You must log in or register to post here.
Share:
Facebook Twitter Reddit Pinterest Tumblr WhatsApp Email Share Link