kcantor said:
well no... as far as i know, there are no observation decks in canada that come close to paying their way when you look at the dedicated space required for elevator access and exiting etc.

cn tower comes close and possibly husky tower but that's only because they're purpose built.

others - like the empire state building - that are successful on office buildings are in the heart of world renowned tourist centres. they're successful there and wouldn't be in smaller centres elsewhere (like edmonton - already proven with the closing of the telus' 33rd floor observation floor).

an observation deck on a residential building not only compounds the problems in general, it would considerably devalue all of the high end penthouse condos at the top whose patios etc. are now visible from a publicly accessible observation deck.
Click to expand...

An observation deck mid-way through the building, just above the last office floor, would be nice, with a killer view of downtown nonetheless, and could probably house a restaurant, or something...

Amenity floors are sort of the new observation deck. Just need to have friends in buildings haha.

Hendrix, Macleran, and Sky all have killer views from their amenity spaces
D

I get that we are not the hugesttourist destination, but frankly tourism is an afterthought by most people in this city (I include city council, businesses and others in this), despite the lip service often paid and that really only makes things much worse.

A number of people actually do come here for all kinds of reasons, and it would be good to have a variety of things for them to do while here beyond going to a big mall. I liked the Telus observation area and it is unfortunate we now have NOTHING.

It is probably true observation areas are not big money makers, but it would be beneficial for the city and if done in a creative way could probably operate at break even or better. For instance, it could be paired with a coffee shop, restaurant and/or bar and you could probably add in some gift shops for tourists.

It is not like all that space in the Stantec or Marriott buildings is occupied now, some is sitting empty and may be for some considerable time still, so they are making nothing on that right now.
G

I guess I'll have to admire it from afar. Insane density along that 'strip'.

Stantec Tower to be 'wrapped' 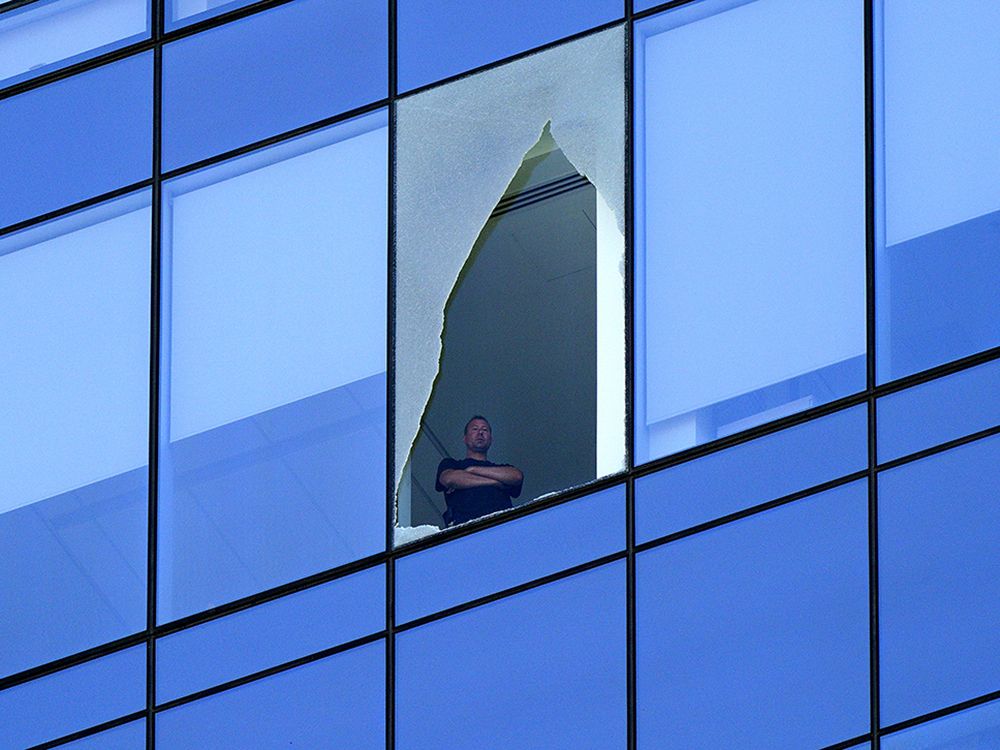 Edmonton’s tallest skyscraper is being treated with a special “safety film” after several glass windowpanes fell from the structure. Not to be another critic, but I think there is an extra building in that picture, beyond what exists there now.

On a more positive note this seems to be a fairly world class list, so it is very good for the Stantec Tower and Edmonton to be in such company. The rentals seem to be doing well.