CWB is staying here because the industrial, the experimental, and the growth potential of the Country will be centered here. I know, some of the naysayers on this site think I am exaggerating, but I am not.
C

archited said:
^^^^ Here in a nutshell is the Oxford story -- https://www.theglobeandmail.com/rep...of-familys-real-estate-company/article762945/
Click to expand... 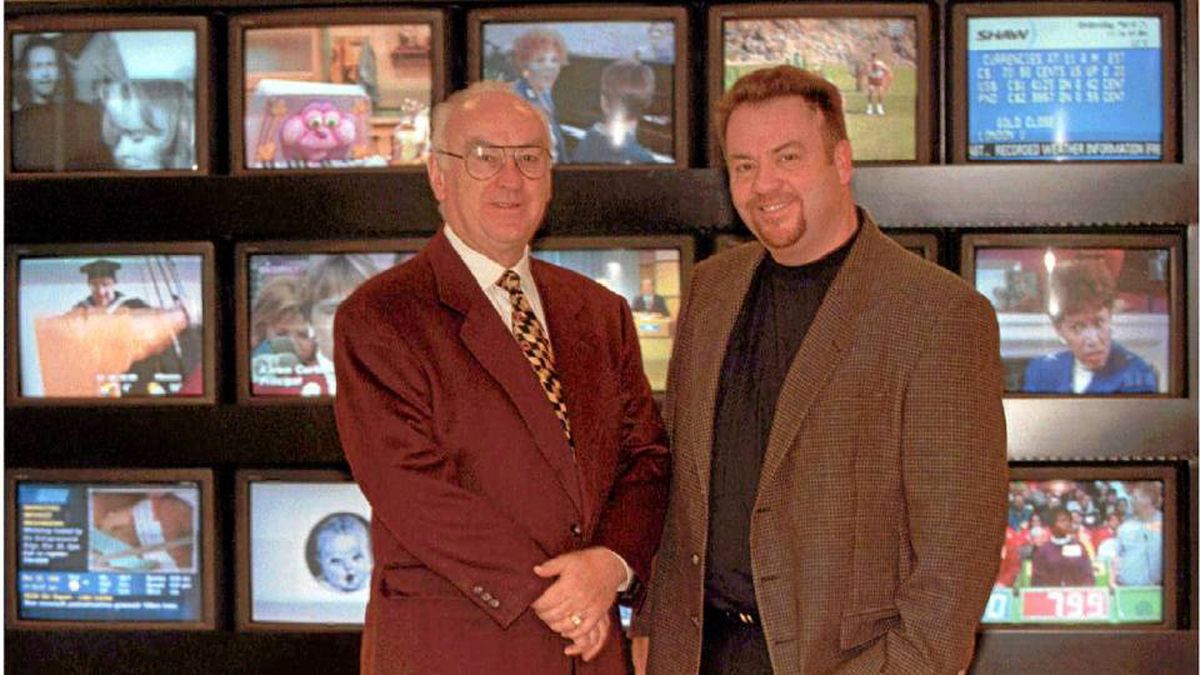 Sale of telecom empire has ‘generational impact’ on Shaw family

Takeover would remove another head office from Alberta

thommyjo said:
Does this show how rough the market is right now? That we're only building 16 story office buildings in the core of our downtown amongst 25-66floor towers? I wouldn't mind this elsewhere, but these feels sort of lame. I think 25flrs minimum is needed to "fit" this area. 16 will be one of our shortest modern office towers, right next to the tallest tower in western canada.

I'm sure this is motivated by the market/money, but it makes me nervous. I would have rather seen a 16flr tower in phase 2 as part of the "step down" to the northern neighbourhoods. Mixed feelings overall.
Click to expand...

Agreed, While I like this better than the last couple of renders of their proposed residential tower, it's a far cry from what was in the original. Nice to have an all glass office building but this is pretty short and stumpy and doesn't look right in that location. Just flew over Doha a couple of days ago so seeing this bums me out a bit.

^^^^ Let's call this the "short and stubby" so that it has a colloquial, adorific (my word) handle. It will create a new impetus to get the 104th street Katz property in motion as well as taking us closer to a Phase II startup. If, on the 104th property we see a 40-storey residential tower, the visual balance will have been achieved and our sensibilities restored.
T

CaptainBL said:
...this city has quite the documented long and unfortunate history of corporations leaving the city and public spats between councilors and corporation (see Jan Riemer and Shaw).
Click to expand...

What happened between Mayor Reimer and Shaw if you don't mind elaborating.

I see Shaw just gifted Calgary's Glenbow Museum $35 million for an artist's program and to provide free admission to the museum forever.

I think a nice swoop on the roof top would pay dividends for how this building integrated into the curvy ice district. The taller towers can get away with being boxy, this one feels a little out of place.
C

TAS said:
What happened between Mayor Reimer and Shaw if you don't mind elaborating.

I see Shaw just gifted Calgary's Glenbow Museum $35 million for an artist's program and to provide free admission to the museum forever.
Click to expand...

It was in the Globe article I posted in post 1,652 and will share the link again here:

Sale of telecom empire has ‘generational impact’ on Shaw family

Takeover would remove another head office from Alberta

The article speaks to how Shaw felt that Jan Riemer was hampering Shaw's growth and investment in Edmonton. At the time, Shaw was actively willing to invest in Edmonton's fiber optics network, they were interested in building a new head office downtown, and Jan Riemer and council were not interested in having both Shaw and TELUS (which was a recently merged company of Edmonton Telephone, aka Ed Tel and Alberta Government Telephones, aka AGT) battle for fiber optics investment in the city. Riemer and council elected to essentially leave fiber optic investment a monopoly to the newly formed Telus resulting in Shaw packing up and moving to Calgary, which was actively lobbying Shaw to move given the turmoil in Edmonton.

While I never did see this written anywhere, I heard that one Calgary council member commented at the time of Shaw's move to Calgary that the best advertising the city of Calgary could have is Edmonton (implying that all the anti-business council was only helping companies continue to choose Calgary). This was and has been the start of Edmonton having a reputation as a non business friendly city, especially when Calgary has been so successful luring and welcoming companies from Montreal (CP Rail), Imperial Oil (Toronto), Shaw (Edmonton), just to name a few.

Ironically, Telus moved its head office to Vancouver shortly after the merger of of Ed Tel and Telus leaving Edmonton without both Shaw or Telus, two homegrown telecom companies.

^this is a 90s perspective.

There's a lot up and coming here right now, don't think it is fair to underplay that.

City council support is there through Startup Edmonton and others, but more support would always be welcome!

cpnfantstk said:
Agreed, While I like this better than the last couple of renders of their proposed residential tower, it's a far cry from what was in the original.
Click to expand... 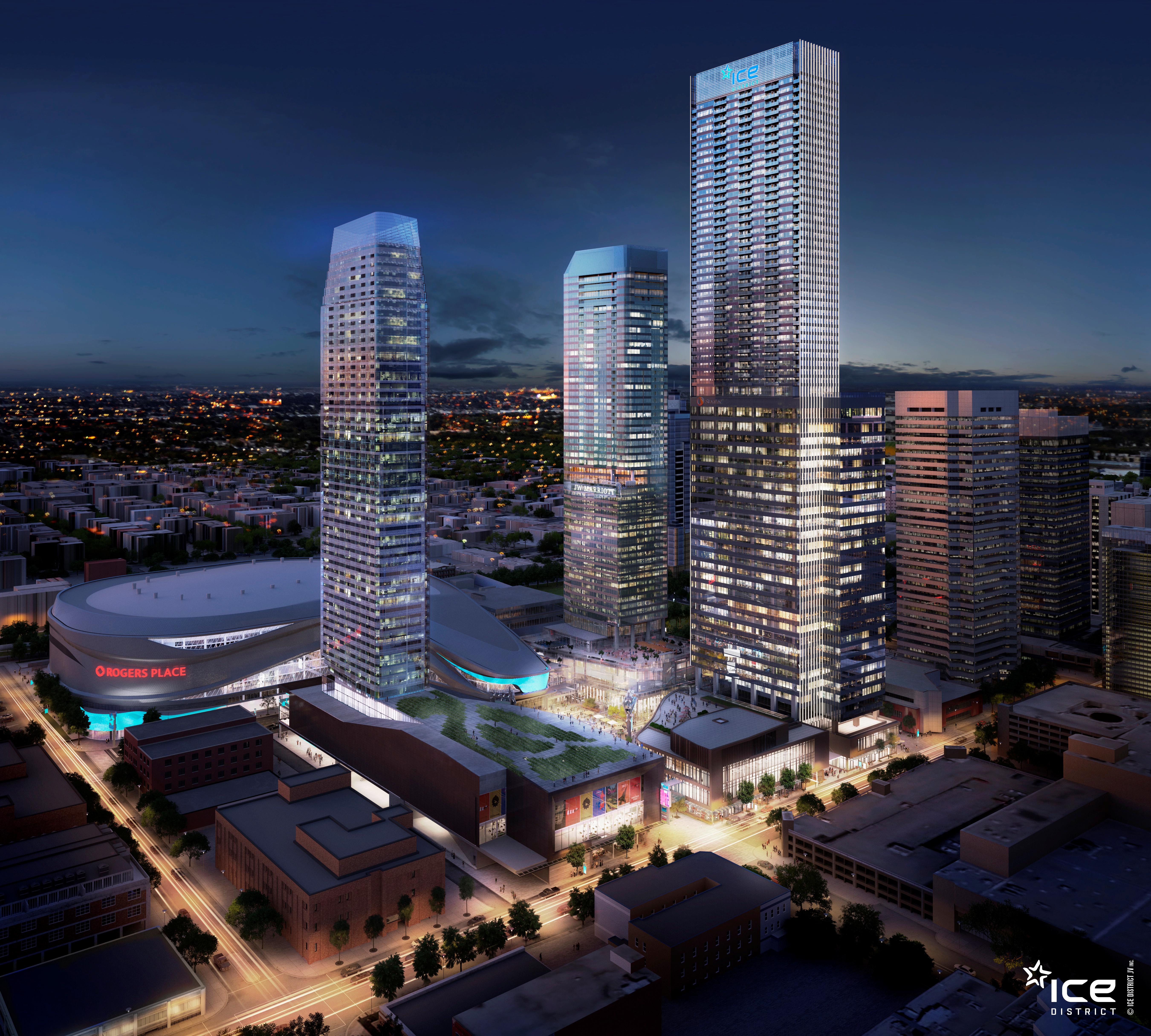 ^^^^ That rendering was when the architectural firm Hariri Pontarini was the prime design architect for the high-rise portions of the project (except for the Stantec tower -- Stantec took the design of that building on themselves). HOK out of the U.S. was the architect for the arena. Tower B ended up being designed by dialog (I don't know what the specific politics were behind that choice other than dialog had a local offic and by virtue of that fact was the local Architect of Record). dialog continues to prove itself to be a utilitarian design firm not in the same league as Hariri nor HOK when it comes to creative building design. Both the previous (post-intitial-renderings) design of the apartment tower and now the office building are dialog efforts.
A

We need a local architecture school, too bad they got rid of that at the u of a. Honestly, everything that has been designed and built here in Edmonton is ugly except for Gene dub’s, mostly.

^^^^ Edmonton (and area) has great Architecture far beyond Gene Dub's efforts and there is a lot more on the books. Some of us are working to get a school of Architecture back. Btw as I have said before Athabasca University has a great Architecture program and is already turning out top students.
T

archited said:
^^^^ Edmonton (and area) has great Architecture far beyond Gene Dub's efforts and there is a lot more on the books. Some of us are working to get a school of Architecture back. Btw as I have said before Athabasca University has a great Architecture program and is already turning out top students.
Click to expand...

I have a friend living in Vancouver taking the architecture program at Athabasca U (specializing in eco architecture I believe) and is very happy with it.
D

archited said:
@CaptainBL Misery loves company -- that is why they move to Toronto (especially) and Vancouver. Edmonton is getting there. From a population perspective I believe it will overtake Calgary within the next decade to land in fourth spot and it will be challenging metro Vancouver for third by 2050. It has a bright and shiny future. I would just like to see northern Alberta's economy diversify with more creation of secondary and tertiary industries, with more emphasis on manufacturing than the sale of raw product -- I believe that is starting to happen.
Click to expand...

Like many aspects of human endeavor, there is a herd mentality in business, people often see success or money and chase it. Sometimes it works well, sometimes not and not every business needs to be located in a major city to succeed.. I think Vancouver is often more a lifestyle choice than a business one and I don't think, despite some people's delusions, it is very easy to serve a western Canadian market well from Toronto.

I think you also are right, there is more potential in northern Alberta (there is over half of a big province north of of us, plus the NWT), which tilts the future in favour of Edmonton. Southern Alberta's economy is more developed and its area is geographically smaller, so it doesn't have the same potential for growth, plus it faces more constraints in the near future, like water supply.
You must log in or register to post here.
Share:
Facebook Twitter Reddit Pinterest Tumblr WhatsApp Email Share Link