What do you folks think of the bus network redesign that was rolled out today? 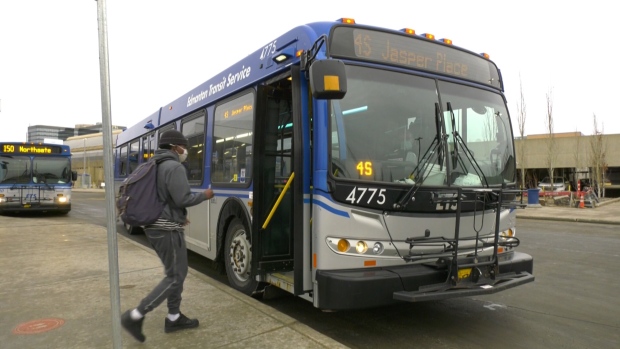 The new bus network redesign, removing 100 routes and increasing frequency of buses, officially launches Sunday. As well, the new Mill Woods Transit Centre and On Demand Transit were was put into operation.
edmonton.ctvnews.ca
“A society grows great when old people plant trees in whose shade they know they shall never sit”

To me its a needed change thats probably a slight downgrade for the short term.

The sad thing to me, is seeing so many people not understanding the financial side of this stuff, along with a lack of personal ownership. The amount of soccer moms in windermere mad that their kid now walks 8 minutes instead of 1 minute kills me. You bought a 900k house outside the henday in a cul-de-sac with 5 houses. Why are you entitled or even in need of good transit near you? Also...8 minutes is not even bad haha.

Now for seniors, those with limited mobility, its a big loss. Even for my wife and I, its moved from a 1 min to a 10min walk to get a bus heading DT...so I get the frustrations. It hasn't made it faster for us. The walking plus ride is now longer than the extra stops on the old route.

But this should be more efficient for the city. Less weaving through suburban sprawl on 30min intervals that stop at 6pm. More 5-15min intervals on busier routes. Its a hard adjustment though.

We need a denser city. And people who want transit, need to buy/rent with that in mind. Thats why I dont feel bad for the far out suburbs.

I am really excited for the on demand decisions. Hopefully it goes well. I know montreal partnered with some ride sharing companies to essentially just pay the steeper prices for an uber vs running a bus route that only 1 or 2 people needed. Really smart imo. The "on demand" of the contractors also is much cheaper than unionized FT workers. So idk how itll work fully with ours, see as its actual busses and drivers...but hopefully a cheaper alternative than underutilized routes

Can't say just yet but am leaning towards the not a fan.

So, here's the thing with a lot of the complaints about the network. I understand these beginning pains are only natural and that (eventually) things will calm down, but a lot of these criticisms of the new network have a sense of entitlement/ignorance radiating from them.

Firstly, many of the complaints being shared are from suburban commuters who lost their normal bus lines and have to use on-demand transit/have a longer walk to the nearest bus stop. Like... I get short-term frustration, but in long-term thinking I'm not sure what these people were expecting with this redesign other than this logical streamlining. Of course riders in the inner-city are going to get better service and be more prioritized than you, and unfortunately less transit frequency and coverage are a detriment of living on the periphery of the city.

Secondly, there was literally years of consultation for this network before its implementation, so if people are having such strong reactions now I'm curious as to why they (maybe) weren't more vocal beforehand? They city literally asked thousands of citizens what kind of network they wanted at the start of this: One with more coverage/less frequency or more frequency/less coverage? From what I understand, the overwhelming response was that people would be willing to walk further to their bus stop if it meant the bus would come more frequently.

Finally, let's not forget that things are going to be tweaked over the coming months in terms of specific routes/frequencies and, if these problems are as big as people are making them out to be, I'm sure certain routes could be re-added/changed. However, I have a feeling these really are only growing pains and that people will settle into the new system over the next 6 months/year

As someone who lives in the "central" city, I'm very happy with the redesign and I look forward to using the bus more often (when I actually need to go places again lol)
Cities are evolving organisms, growing and shrinking in different places, and transport networks are the arteries and veins of it. Cities are artworks of culture and human interaction that tell a compelling story of everyday life, a little chaotic and messy at certain moments but still a piece of art nonetheless. I want to be a character living and breathing within that art.