We were outplayed, out skated and beaten by a group who actually looked liked a team.
Click to expand...

anyone who has been on a successful team of any kind knows that one of the criteria is a reasonable level of consistency.

as long as this team uses a blender from period to period, never mind from game to game every game, what we’re seeing is what we’ll get.

ice the same lines from the montreal game - the last game we had decent chemistry and production from every line and pairing - and let them be other than minor tinkering when circumstances dictate.

tippet is over coaching this group…
G

Yeah, not sure why he was there, as he's done nothing to deserve that spot.

Draisaitl should be paired with Yamamoto while the Bison King should be on the top line with McDavid. Kassian should be a 3 liner at best.
Anyway, there's a game tonight against Chicago with Stu in net. Let's hope they play better than last night.
M

Gronk! said:
Draisaitl should be paired with Yamamoto while the Bison King should be on the top line with McDavid. Kassian should be a 3 liner at best.
Anyway, there's a game tonight against Chicago with Stu in net. Let's hope they play better than last night.
Click to expand...

I agree with Ken -- this is not the time of year to be experimenting with line changes.
T

Yikes - 4 minutes into the game and Oilers down 2-0.
Chicago has two shots so far.

Did we run-up against another hot goalie? Two nights in a row?

Outscored 8 to 1 in two key games for two different reasons.

Pointing to a lack of leadership at a player level/'in the room' as well as the coach. 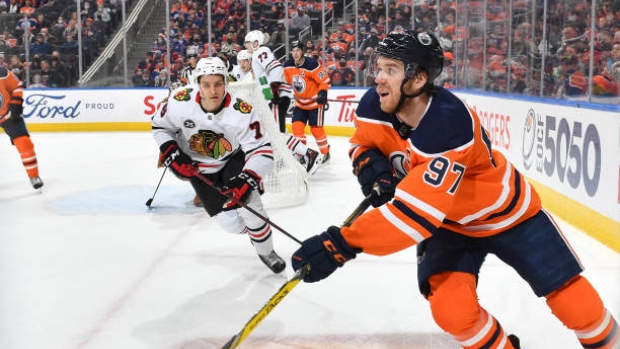 McDavid: Slumping Oilers 'out of sync all over' - TSN.ca

The Edmonton Oilers are slumping again. The Oilers lost 4-1 to the Chicago Blackhawks on Wednesday, dropping their second straight game after entering the All-Star break on a six-game point streak. 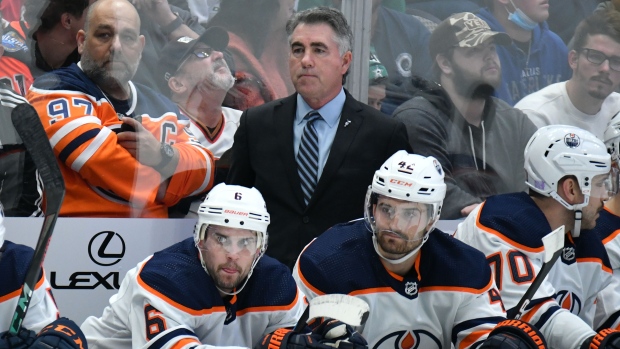 The Edmonton Oilers have fired head coach Dave Tippett on Thursday with the team struggling in the third year of his tenure. The team announced Jay Woodcroft, the head coach of the team's American Hockey League affiliate Bakersfield Condors will take over coaching duties.

Dave Tippett wasn't getting it done.

YESSSSSSSSS! I've been wanting this for over a year now, even better is Dave Manson is coming up as well. Both him and Woodcroft have been fantastic down in Bakersfield and are part of the younger generation of coaches that have been taking over the NHL. We also kept Glen Gulutzan who is a very good assistant coach and former head coach who can help familiarize our two new guys with the NHL. Woodcroft and Manson are familiar with a decent chunk of the roster having coached and developed Jesse Puljujarvi, Kailer Yamamoto, Evan Bouchard, Ryan McLeod and Stuart Skinner. Take note that those are all good hockey players.

Of course no coach is going to guarantee success, he could be even worse than Tippett and then I look like an idiot, but really I think this is very very good for our team. Dave Tippetts system was outdated, his favouritism was far too clear, and although he was a nice guy he was pretty stubborn with his lineup. I have full faith that Jay Woodcroft can get far more out of the roster we have and I'm excited to see what he can do. This might be the first time in my life I'm super happy with a decision our management made that wasn't 100% clear. They did the perfect thing when they easily could've just kept Tippett or hired some old coach like Mike Babcock or something, it's a nice feeling